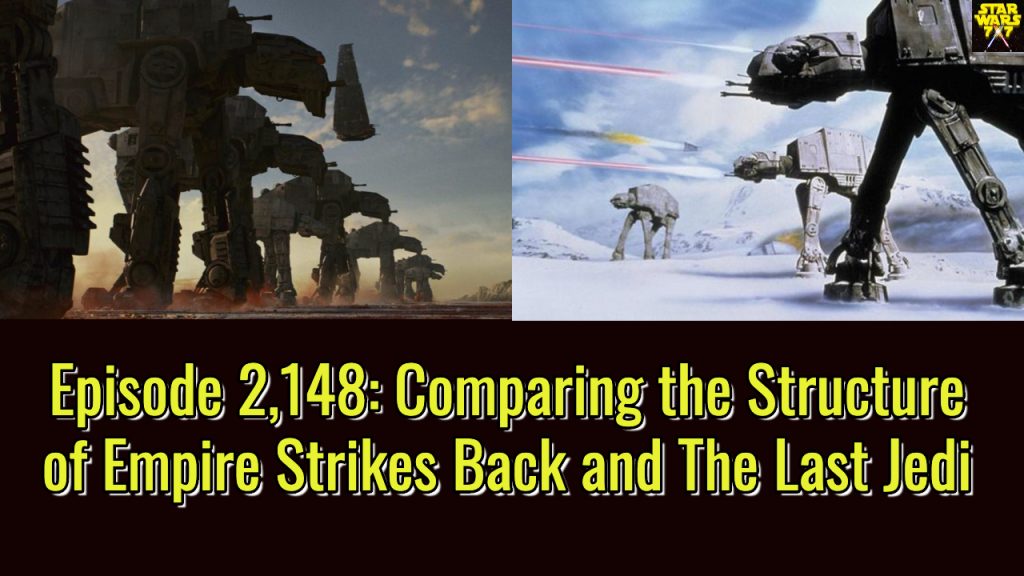 There was a funny meme going around back in the day, which had two images, which were the same shot of protesters with torches and pitchforks. And one photo depicted people complaining about The Force Awakens for being too much like the Star Wars of old, while the second photo depicted the same people complaining about The Last Jedi for being too different from the Star Wars of old.

Well, as it turns out, The Last Jedi has a lot more in common with The Empire Strikes Back than you might expect. Part of that is because of the setup J.J. Abrams gave Rian Johnson, and we’ll explore those similarities (and a few differences) on today’s episode. Punch it!