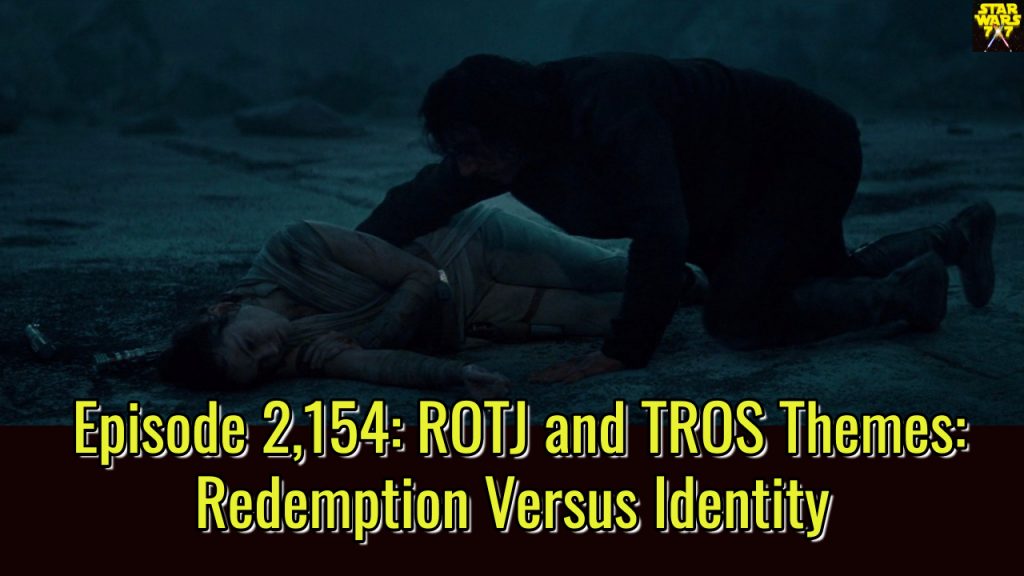 Thematically, however, Return of the Jedi is very concerned about the idea of redemption. And that shows up not just in the main conflict of the story, but also in smaller ways for Luke, Han, and Lando. (Leia? Not so much. What does she have to redeem herself for, after the events of The Empire Strikes Back? Not much, as it turns out.)

Meanwhile, though The Rise of Skywalker does concern itself with the redemption of Kylo Ren after all, it’s a secondary theme when considered in light of what’s really going on thematically – a war of identity. I’ll explain my thinking on today’s episode… Punch it!