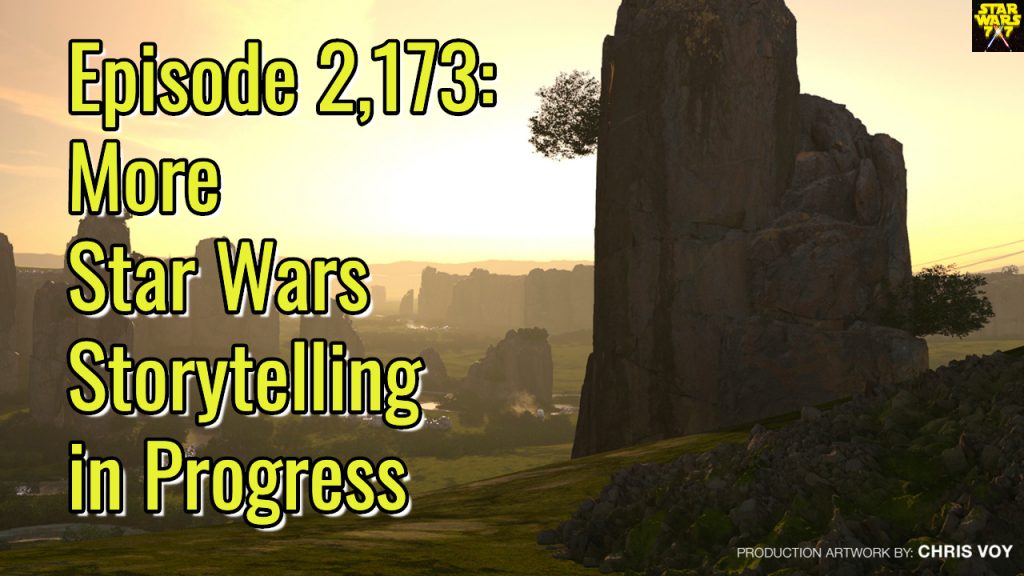 When the coronavirus pandemic struck, production on live action movies and television shut down. Thankfully, season 2 of The Mandalorian had already finished principal photography, so it could proceed on schedule for its October 2020 debut.

In the meantime, we’ve heard that Star Wars animation is also moving full steam ahead, even though we don’t know many details about that (yet). And there’s another type of storytelling that’s also moving forward… or should we say “storyLIVING”?

That’s the word used by ILMxLAB’s Executive-in-Charge Vicki Dobbs Beck, referring to the idea that “you’re inside a world making consequential choices that drive your experience forward.” In other words, virtual reality. On today’s show, we’ll talk about ILMxLAB’s first title, Vader Immortal, getting a wider release; and the first sneak preview of their second VR title, Tales From the Galaxy’s Edge. Punch it!