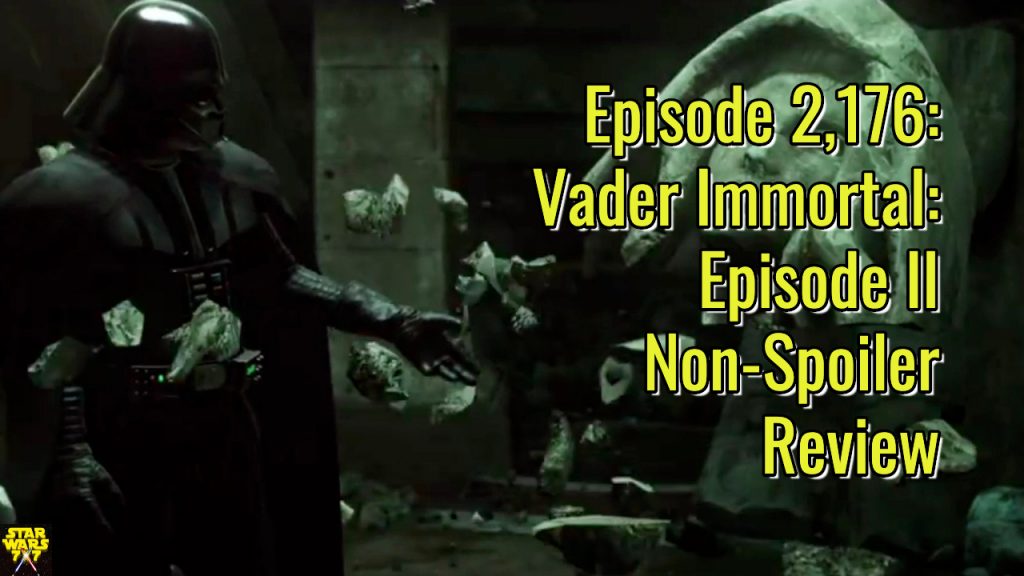 Episode I of the groundbreaking Vader Immortal VR game from ILMxLAB set up the story. Now, Episode II sends you on the Bright Star quest – after being trained to use the Force.

On today’s episode of the show, we’ll get into a non-spoiler review of Vader Immortal: Episode II, which includes a comparison of the installment not only to the Episode I predecessor, but also to the LEGO Star Wars games (yes, really – although, spoiler alert, the VR version is way cooler than the LEGO Star Wars version in terms of the ability I’m talking about on the show).

Not only will we be talking about the gameplay/story mode, but we’ll also talk about the enhancements to the Lightsaber Dojo as well. Punch it!