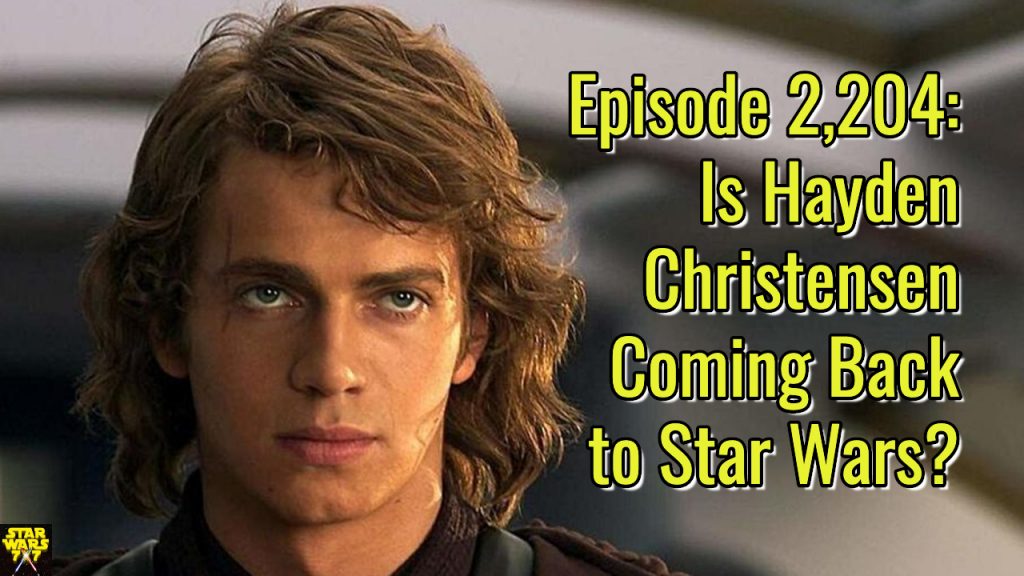 It’s been a tumultuous year since the announcement of the Kenobi series at the D23 Expo in August 2019. One thing that has never wavered was, and continues to be, Ewan McGregor’s enthusiasm for the series, which is awesome. One wonders if, among other reasons, it was also because he knew something we didn’t. Something about one of his co-stars, for example…

It didn’t storm the social media airwaves yesterday, but Latino Review Media dropped a rumor report that Hayden Christensen – Anakin Skywalker himself – has signed onto the Kenobi series. They also claim that it’s not for a cameo appearance, but for a major role in the series.

I received a bit of outreach from my own source-of-a-source on this, and I’ll tell you what I heard on today’s episode. I’ll also put this in context with the news and rumors that have come before about the series, and what this new rumor – if it’s true – suggests for the direction of the series. Punch it!

Here’s the link to the original rumor story: