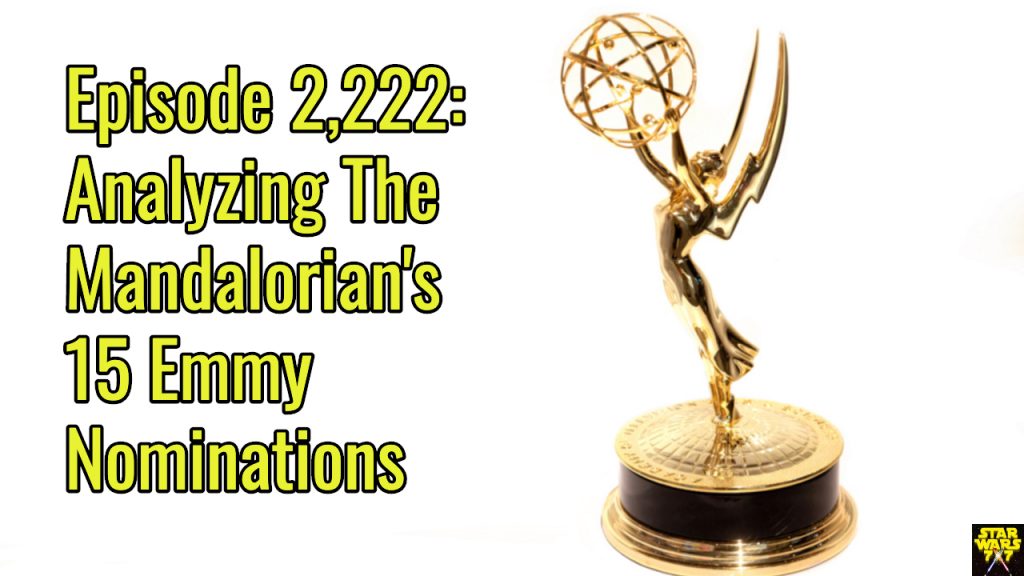 A number of media outlets reported it as a “surprise” that The Mandalorian received 15 Emmy nominations for its inaugural season. (One creator’s reaction from the official press release may have driven that take.) But when you look at the categories for which The Mandalorian has been nominated, you’ll see an overlap with the kinds of categories for which Star Wars movies are often nomination for Oscars (as far as the categories themselves overlap):

These ones, on the other hand, tend to be new for Star Wars nominations (again, extrapolating to their movie counterparts):

And then of course there’s the nomination for the season itself as Outstanding Drama Series. On today’s episode, we’ll talk about the individual Mandalorian episode that got the most nominations; how the other ones fared (only one episode was shut out of the nominations), likely winning possibilities, and more. Punch it!