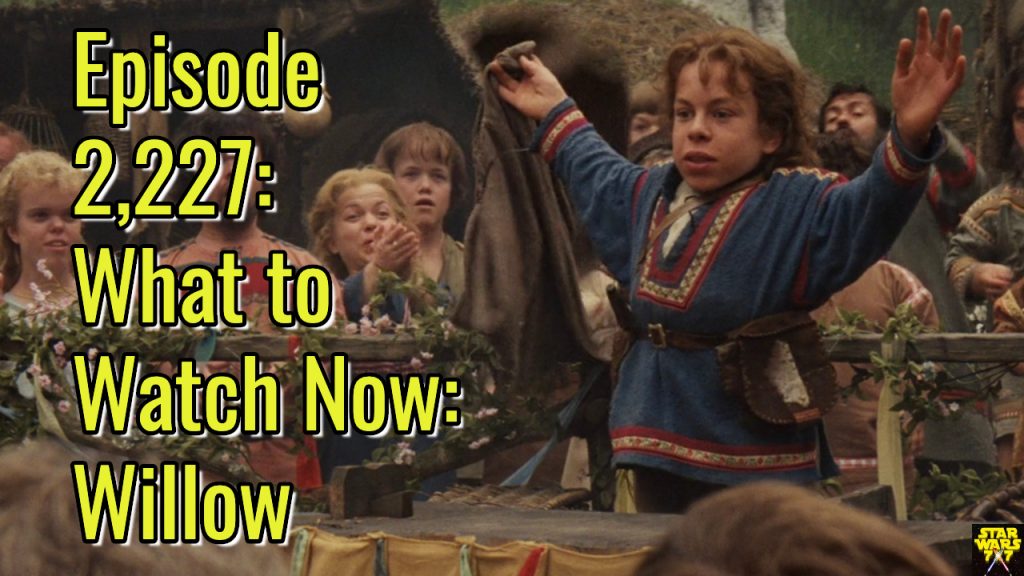 In another of our “Watch to Watch Now” segments, we take a look at how Willow (the 1988 film from Lucas and director Ron Howard) connects to Star Wars, and why it’s important now. Here’s the gist of Willow, from Wookieepedia:

A young farmer named Willow Ufgood is drawn away from his sheltered home to save Elora Danan (a baby girl with a destiny) from the evil sorceress Queen Bavmorda who would see her destroyed. Willow is aided by the disillusioned master swordsman Madmartigan, who has turned to a life of roguery after the fall of his kingdom to the evil queen, and the sorceress Fin Raziel, who has been turned into a muskrat by Bavmorda. They are initially thwarted, but later joined by the queen’s daughter Sorsha.

Noticed that that came from Wookieepedia – the Star Wars wiki? That’s not an accident. As it turns out, there are many connections between Star Wars and Willow, but perhaps none as important as the connections made between the two by Clone Wars creator and Mandalorian executive producer Dave Filoni.

On today’s show, we’ll talk about the movie, you’ll hear from Filoni himself about that connection, and we’ll also explore a news item defining exactly why it’s relevant to be talking about Willow now. Punch it!