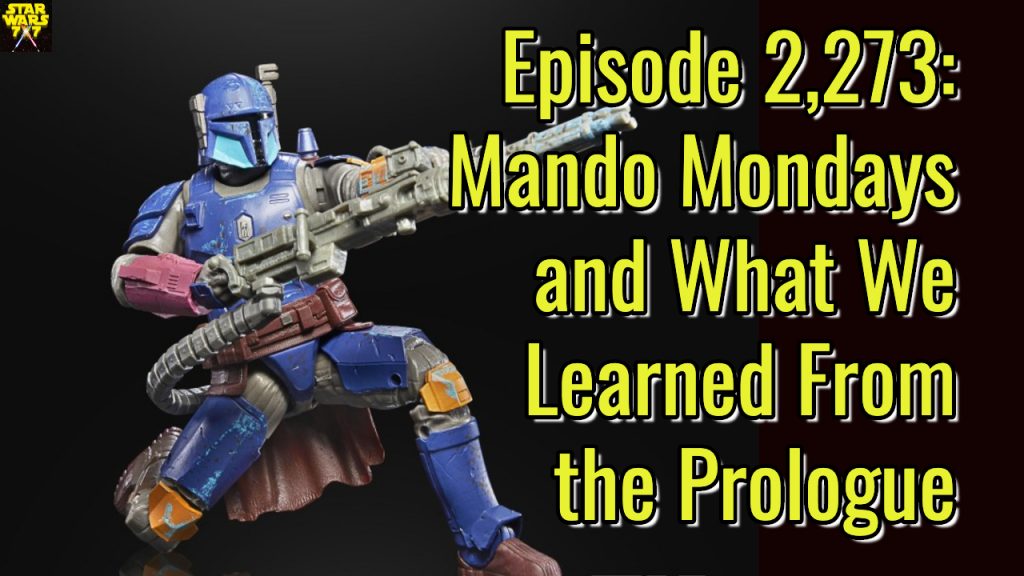 Remember Force Fridays and Rogue Friday? Well, Mando Mondays is their spiritual successor, and the surprises have already begun. Here’s what we learned… Punch it!

(The character descriptions are vague, but here’s what they gave us…)

Cara Dune
An intimidating brawler and crack shot, Dune has put her days of military discipline behind, and has now reinvented herself as a mercenary.

IG-11
One of a series of dangerous assassin droids largely outlawed in the galaxy, IG-11 is a hired gun programmed to follow Bounty Hunters Guild protocols to the letter.

The Child
The adorable 50-year-old creature known as The Child (and lovingly referred to as “Baby Yoda” by fans) is many things: cute, curious, hungry, sleepy, Force-sensitive, and one of the galaxy’s most wanted!

Remnant Stormtroopers
Stormtroopers are elite shock troops fanatically loyal to the Empire and impossible to sway from the Imperial cause.

Heavy Infantry Mandalorian
A born survivor, he guards a precious armory and helps to keep the flames of Mandalorian heritage flickering in this time of galactic chaos.