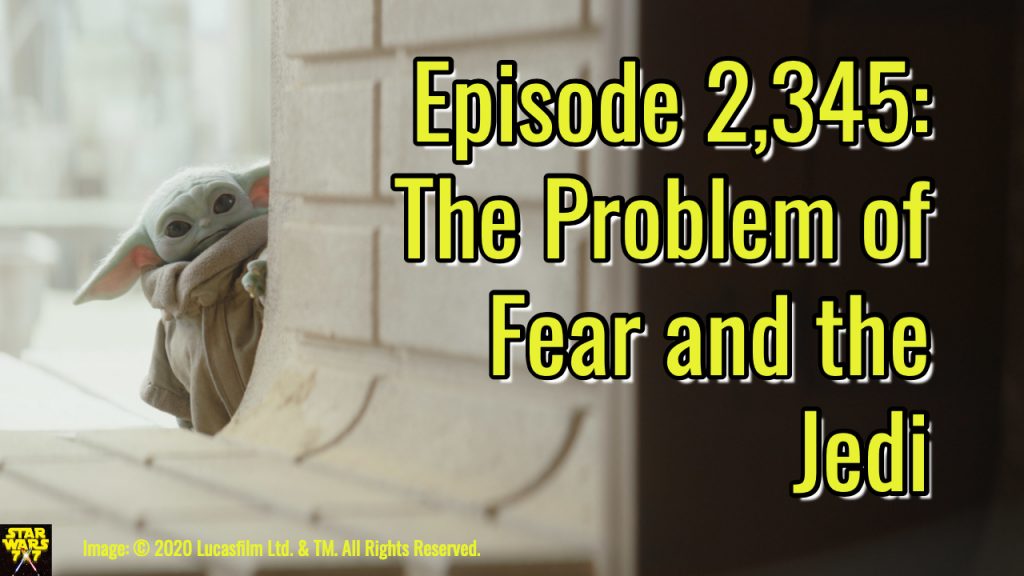 Ahsoka saying it would be better to let Grogu’s powers fade than to train him is emblematic of the chronic problem the Jedi had in helping anyone in their order deal productively with fear. And I think this is a big piece of the flaw in the Jedi Order that led to its downfall – and we really haven’t talked much about that aspect at all.

On today’s show, we’re going to talk about love and fear, about the Jedi’s non-attachment approach to life, how Anakin’s notion about the Jedi being “encouraged to love” wasn’t just a line to seduce Padme, and how – rather than helping anyone in their order address fears in a healthy way, presumed that anyone filled with fear was a risk, instead of someone in need, someone who could learn to master their fears in a healthy way. Punch it!