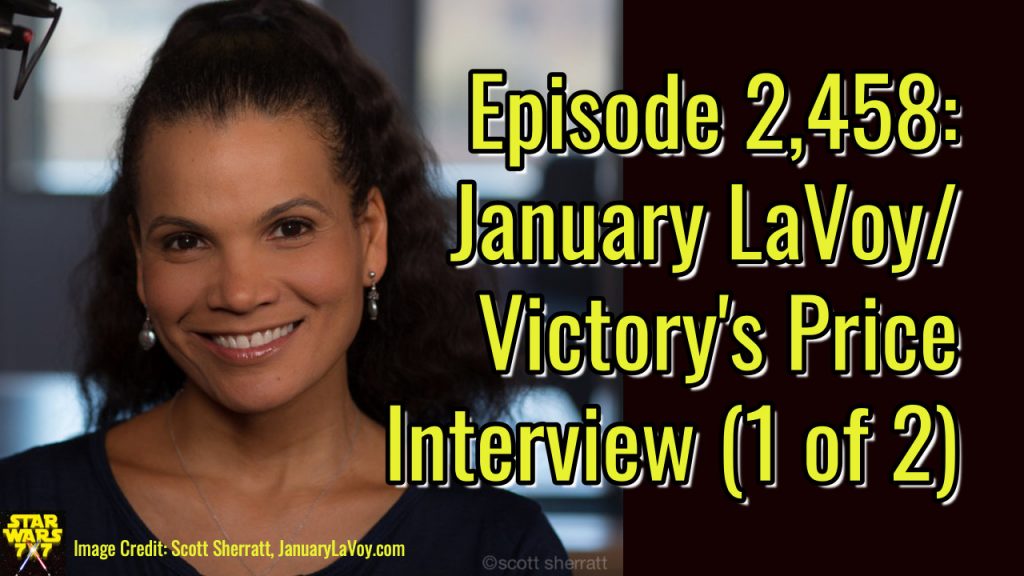 January LaVoy is an award-winning audiobook narrator, and she’s here to talk about her work on Victory’s Price, the conclusion of Alexander Freed’s Alphabet Squadron Trilogy. Punch it!

This is the first of a two-part conversation, and in this part, we’ll be talking about conventions (the live event kind), her process in preparing for narration in general and Victory’s Price in specific, her take on the story of Victory’s Price, and the characters she found fun or challenging to perform…