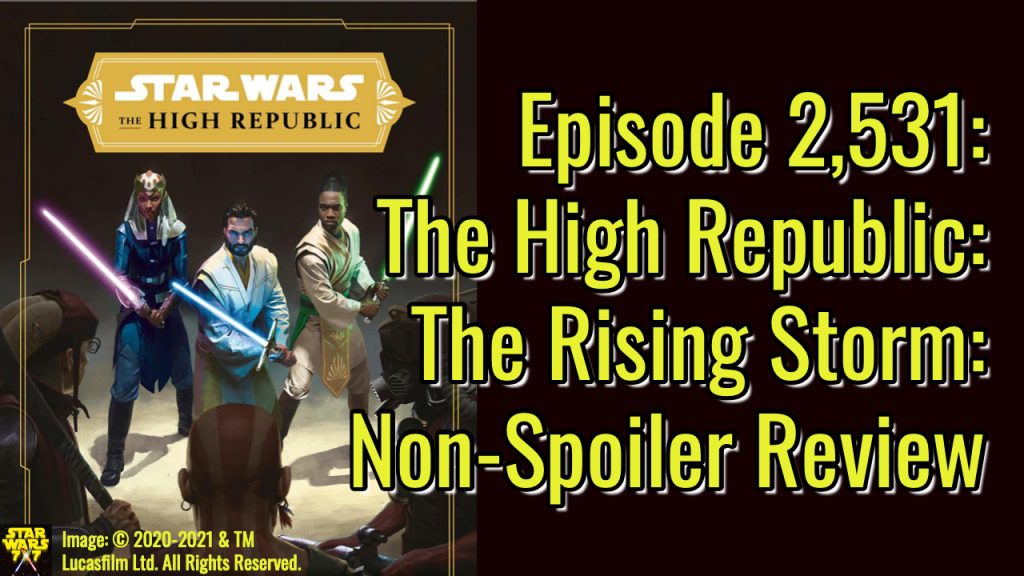 Three weeks from now, The Rising Storm will launch Wave 2 of Phase I of Star Wars: The High Republic in earnest. Today, 7+ non-spoiler observations about the novel in this non-spoiler review. Punch it!

In case you’re interested, here’s the full (and boiled-down) review I wrote for it:

Scott gives the reader an unparalleled sense of the enormity of the Star Wars galaxy in The High Republic: The Rising Storm. But when the time comes to get down to business (namely, the assault by the Nihil on the optimistic Republic Fair), Scott’s focus smartly narrows to a handful of characters on both sides of the battle, including compelling newcomer and “saber-for-hire” Ty Yorrick.

Scott keeps the pace swift and develops his characters throughout the conflict, while saving his biggest surprises for the final chapters. Behind the scenes, Marchion Ro – a Star Wars villain for the ages – has been pulling strings and building up to his most horrific act yet. Scott brings us the first real experience of the threat to the Force itself, the one promised by The High Republic’s promotional materials. In his hands, the threat is as terrifying as anything the Jedi could possibly encounter. And it will leave you desperate to learn more about it.