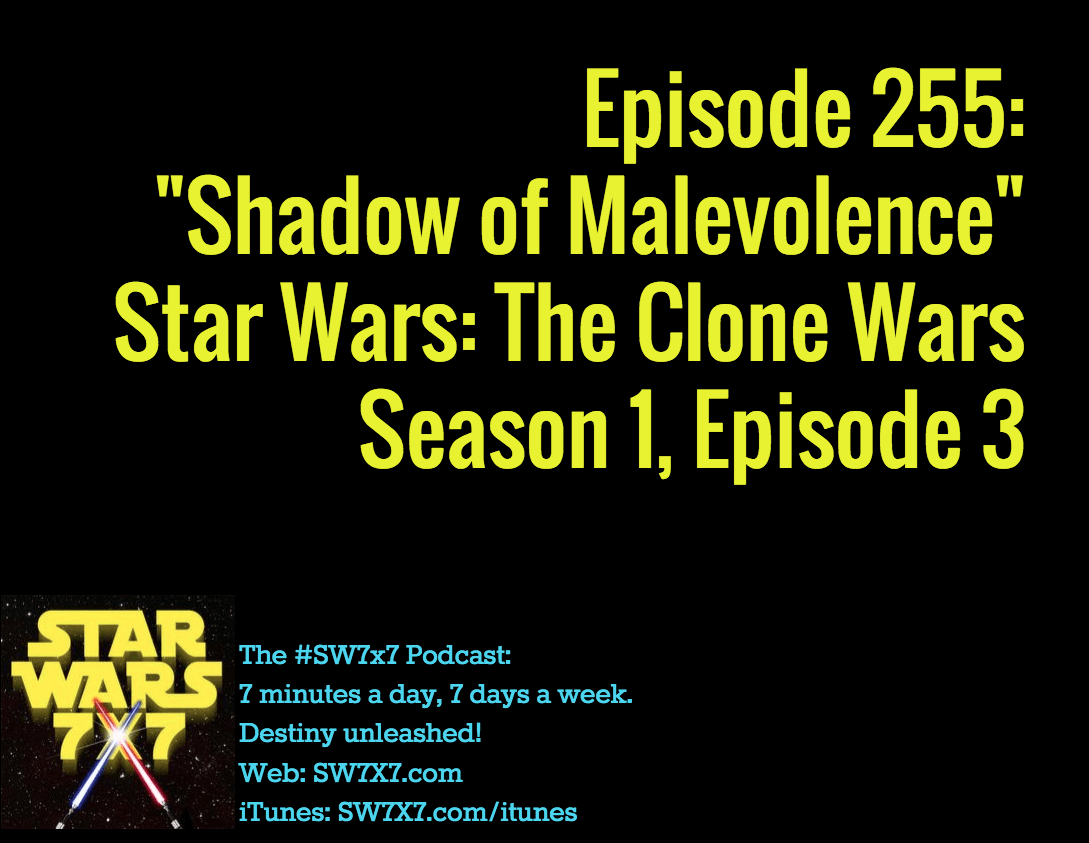 Shadow of Malevolence is the 3rd episode of Season 1 of The Clone Wars, and the second of a three-episode arc. And it’s also the first where the reliance on the original trilogy for nostalgia touchstones to win viewers over seems to really jump out at you. I’m sure I didn’t catch them all, but dialogue elements that hearken back to the original trilogy include:

I have a bad feeling about this
Cut the chatter
Watch those towers, boys
Loosen up!
From a certain point of view

Even thematically, the final shot of the episode is a life from the ending of The Empire Strikes Back, with the major players in a medical facility staring out at the endless depths of space, contemplating their losses.

As for the plot, here’s what you need to know. Anakin and team disable the ion cannon on General Grievous’ ship, the Malevolence, and damage it enough that it attempts to flee back into Separatist-controlled space. But will it make it, or will it be destroyed by a cavalry of Republic capital ships? Tune in next week to find out. 🙂

Force FX Removable Blade Lightsabers – as realistic as you can get! Choose from Darth Vader, Anakin, Obi-Wan, Luke, Kit Fisto, or Darth Maul (you have to get two of the Mauls to complete his double-bladed saber). Click the pic for details and to get yours!

Today’s question: What defensive screens are strong enough to deflect any orbital bombardment?