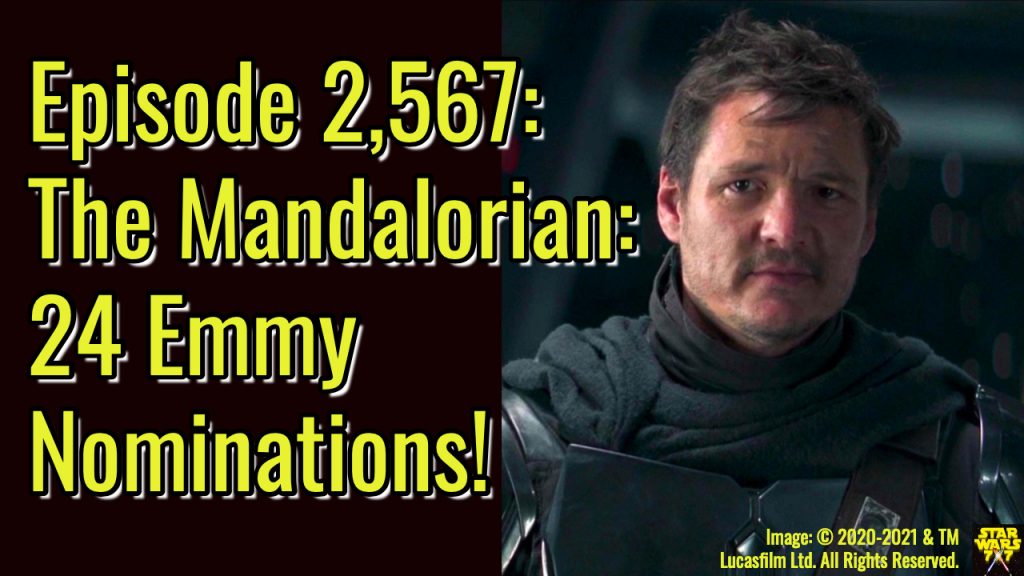 24 Emmy nominations for season 2 of Star Wars: The Mandalorian! That’s nine more than season 1. We’ll break it all down here… Punch it!

(Correction: The episode and this blog post originally forgot to flag Timothy Olyphant’s nomination. It’s corrected here, and will be noted in tomorrow’s show!)

Here’s a breakdown of how the nominations compare to last year: