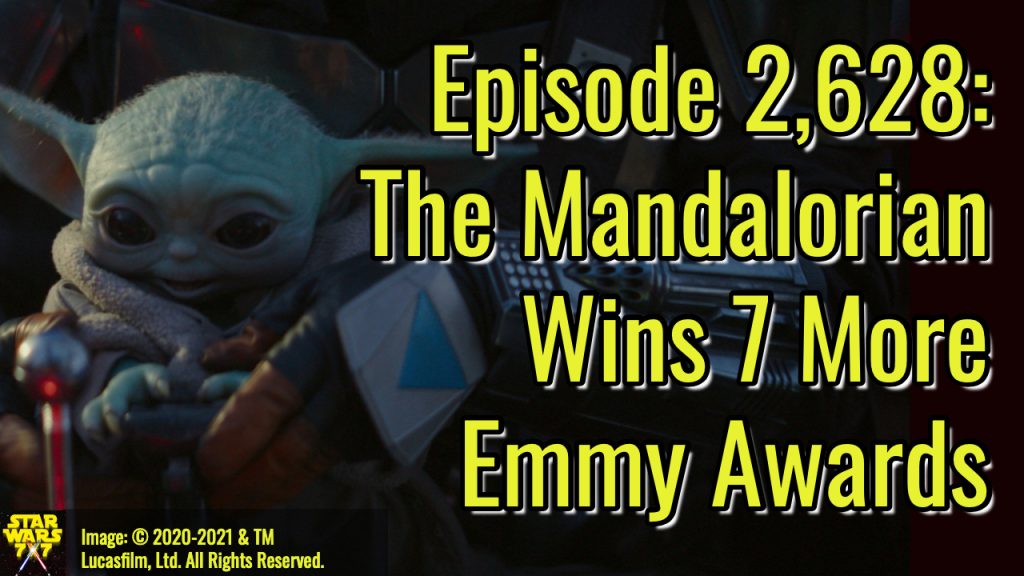 7 seems to be the magic number of The Mandalorian! They matched their total from last year’s Creative Arts Emmy Awards, with some repeat wins and a couple new ones, too. We’ll give you the full rundown today. Punch it!

The Passenger (Chapter 10)
No nominations

The Tragedy (Chapter 14)
No nominations