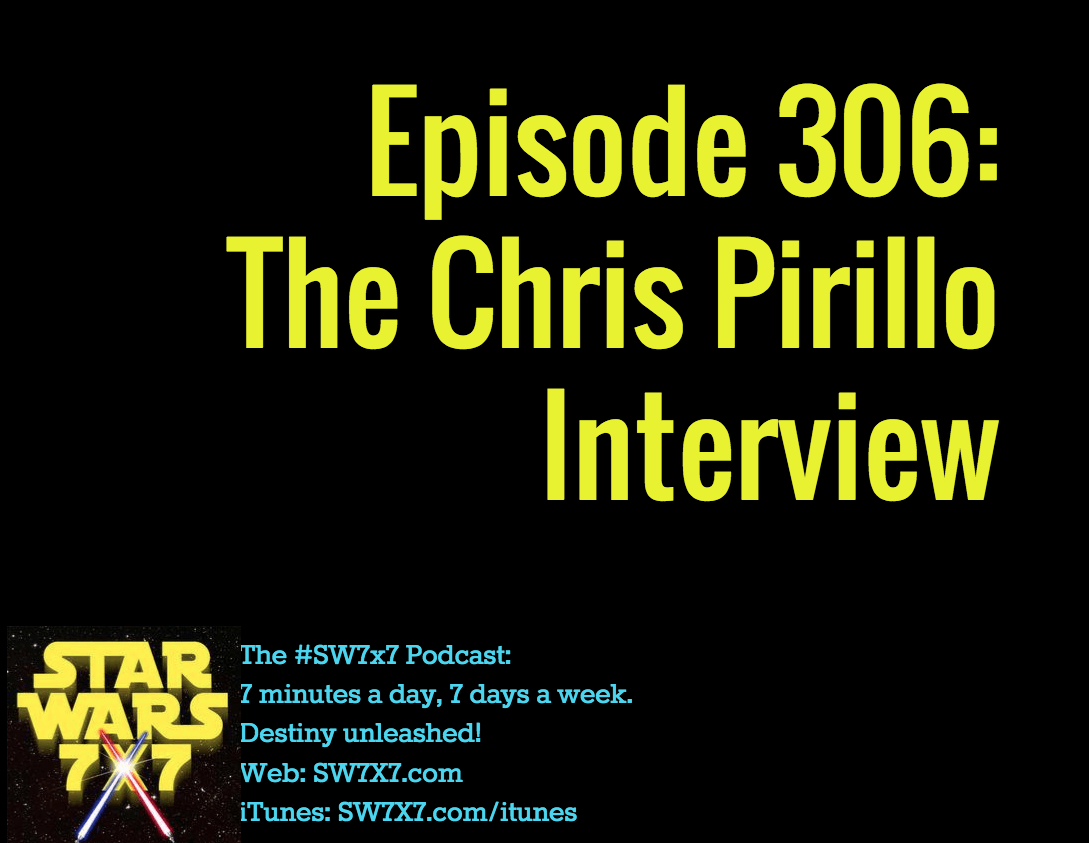 I was using Periscope and Meerkat to share livestream broadcasts at Star Wars Celebration, and on the Friday night, while I was broadcasting the recording of that day’s bonus episode, I had a celebrity drop in on the show – Chris Pirillo. The head of LockerGnome and the face of so many YouTube channels it’s hard to keep track, Chris was kind enough to retweet and share the broadcast with his community that night.

Next day, Saturday, I get in line as early as possible for The Force Awakens costume/model/prop exhibit. 2.5 hour wait. And after the first hour, when the line had worked its way into the switchbacks, somebody in the row in front of me suddenly exclaimed, “Hey! You’re the Star Wars 7×7 guy!” And it was none other than Chris Pirillo.

So we chatted during the four or five times when the switchbacks brought us near each other, and captured this interview during one of our encounters. Have a listen!

Today’s question: What two things does a Jedi use the Force for, according to Yoda?