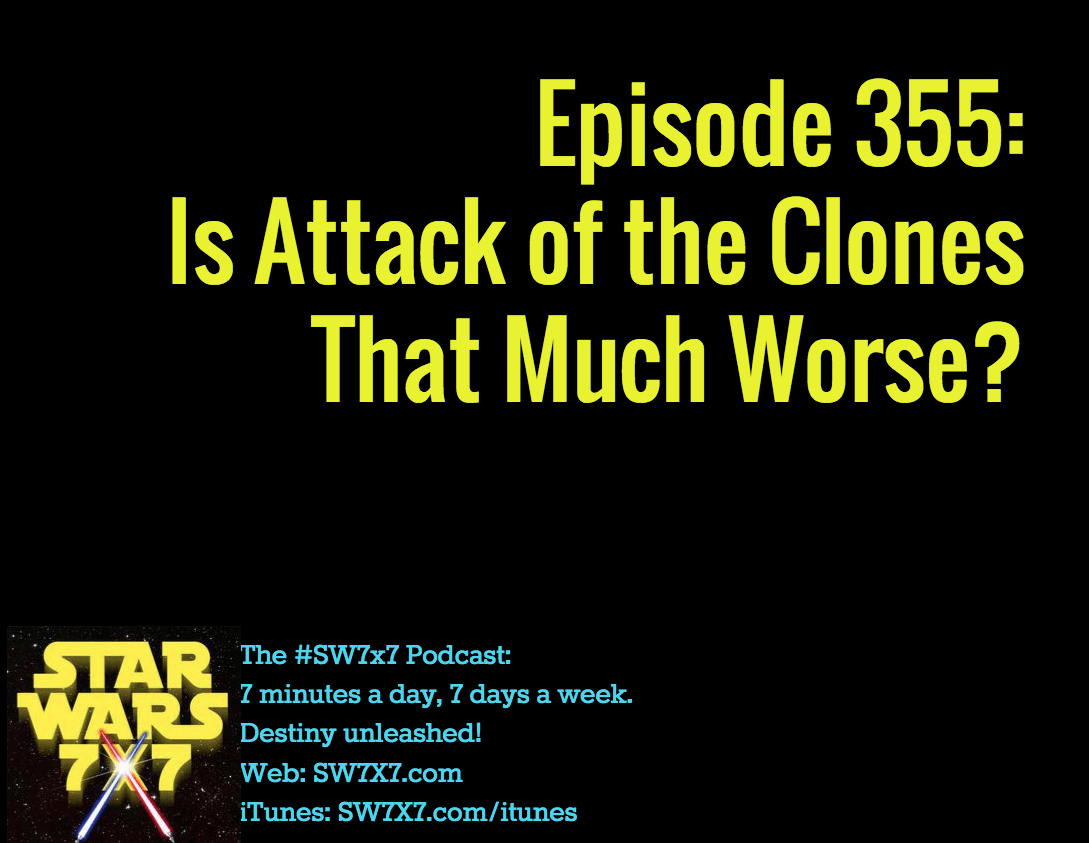 Well, maybe The Phantom Menace really wasn’t as bad as all that…

@SW7x7podcast just so you know. The rotten tomatoes score was around 65 for all those years. It only dropped when the 3D version came out.

Thanks, Tom! So I dug deeper, and looked at the “Top Critics” number on Rotten Tomatoes, and though I can’t say for sure about after-the-fact 3D reviews skewing the numbers, Attack of the Clones has the better numbers. 57% to 67% for all critics, and 40% to 42% for Top Critics.

That said, it seems harder for Attack of the Clones to find a positive review worth quoting. And they ALL rip on the dialogue, so you know what? I’m going to watch it like a silent film the next time I watch it. Lucas says with a perfect film you don’t need dialogue, so I’m going to put it to the test with Attack of the Clones, and see if he’s made a perfect silent movie!

Both @VaderFun & http://t.co/O2pDwC1xug (a redirect to YouTube for now) have launched for my #StarWars stuff. Vader = Father

X-Wing Knife Block – click the pic for details and to get yours!

Today’s question: What devices prevent droids from running off?