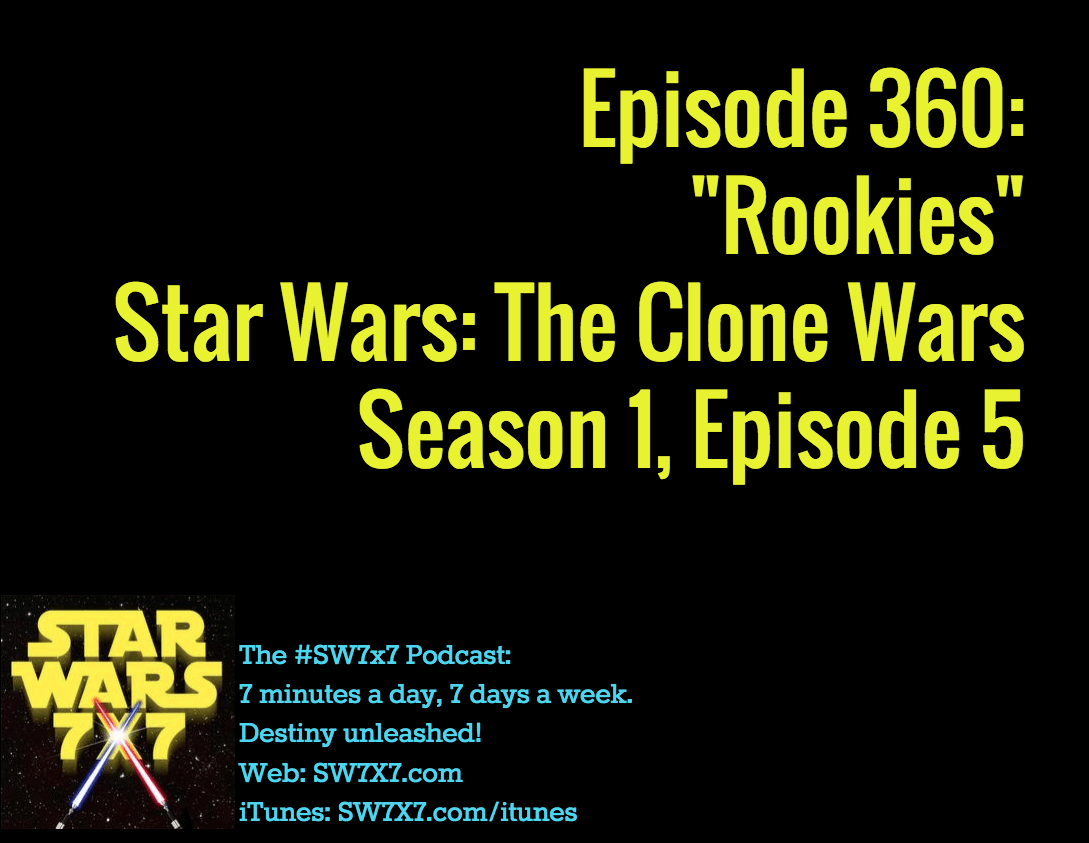 It’s back! The Canon Catch-up series returns and this time we’re looking at “Rookies,” episode 5 of Season 1 of The Clone Wars. Here’s the opening, via Wookieepedia:

Clone forces rally! As the war escalates in the Outer Rim, the Jedi Knights are spread thinly across the galaxy. Many new clones are rushed into service to support their Jedi generals. Unfortunately, because of the relentless demands of battle, many young clones must join the struggle before their intensive training has been completed. These clones, manning a vital network oftracking stations, are all that stand between the Republic and invasion…

Despite getting to know a new crop of cadets, the series shows no mercy in killing all but two of them off right away. Meanwhile, Ventriss is referring to Grievous as “my lord” while on Kamino, a gonk droid makes an appearance, and Echo and Fives, the two surviving rookies, are inducted into the 501st Legion. All in all, this gives you a hint that the cartoon series will more serious that it might have seemed at the start…

Today’s question: Whose blaster gets hacked in half on one of Jabba’s skiffs?