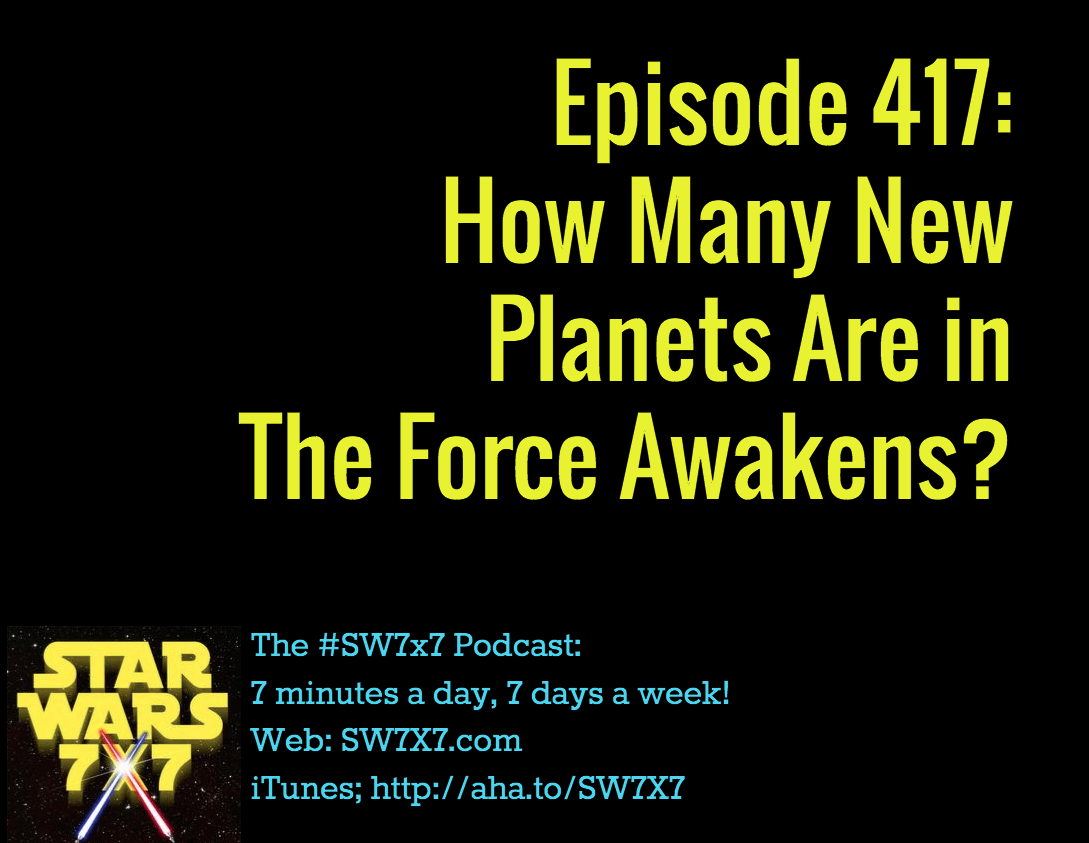 With all of the talk about how The Force Awakens and the Sequel Trilogy hew to the Original Trilogy, I got to wondering how many new planets we’ll see in the new movie.

For reference purposes, here’s what we saw in the OT:

So, no more than three planets (plus the Death Stars, of course). Now, let’s look at the Prequels:

Now, here’s what we know or think we know about The Force Awakens:

That’s seven places, but if you step back and think about it another way, there could be repeats. We know it must be at least four:

So it seems like there must be at least four planetary locations, which already makes it more broad in scope that any of the OT movies! So much for that comparison. 🙂

What do you think about the planetary scope of the upcoming film? Have your say in the comments!

Today’s question: Whose face did Luke see inside Darth Vader’s mask during his dark side vision on Dagobah?