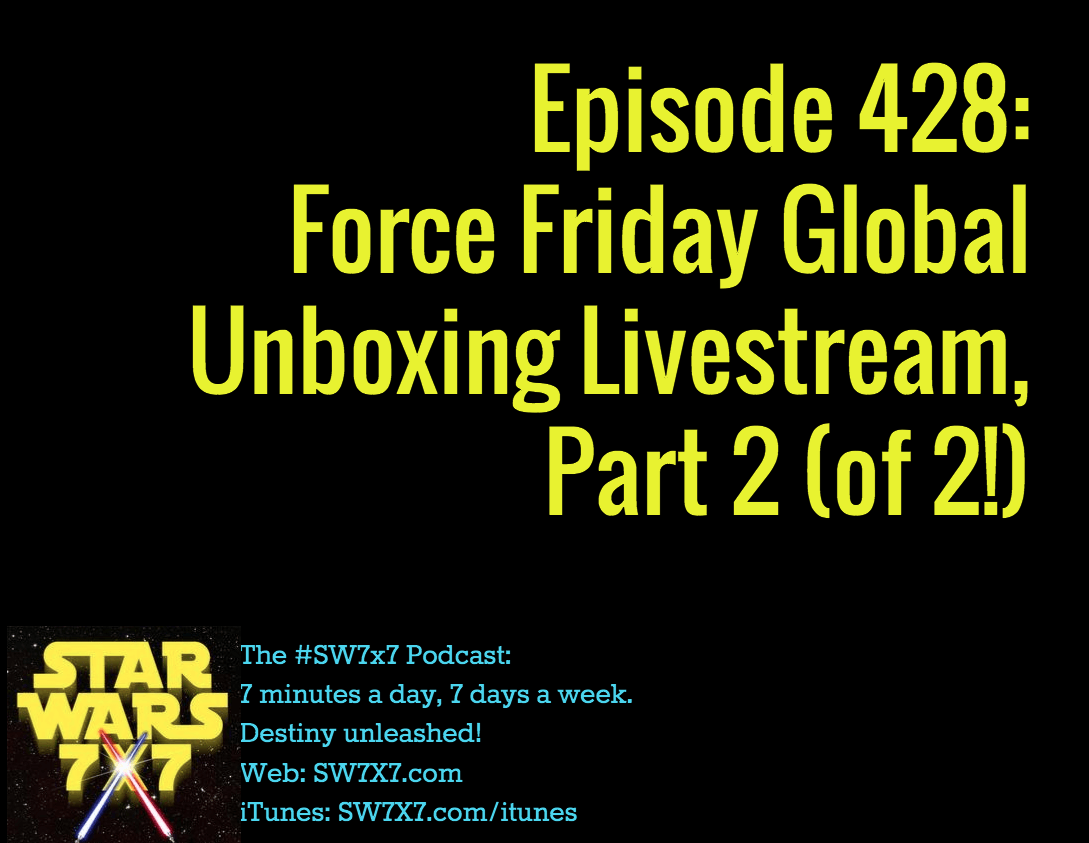 Here’s the rundown of the rest of what was revealed during the Force Friday Global Livestream. Hat’s off to Andi Gutierrez and Anthony Carboni for a spectacular job with the 18-hour event, keeping it fresh, keeping it fun, and keeping the energy up at all hours. Congratulations on pulling it off!

New York: LEGO Millennium Falcon (hey, I have one of those! But re-designed a bit, it seems, plus with the new radar dish, and with the new figures – Rey, BB-8, Finn, Tasu Leech, and a Kanjiklub Gang Member, plus Han and Chewie), and remote controlled BB-8 by Sphero (mobile app is the controller)

What did YOU get for #ForceFriday? Share your haul in the comments!