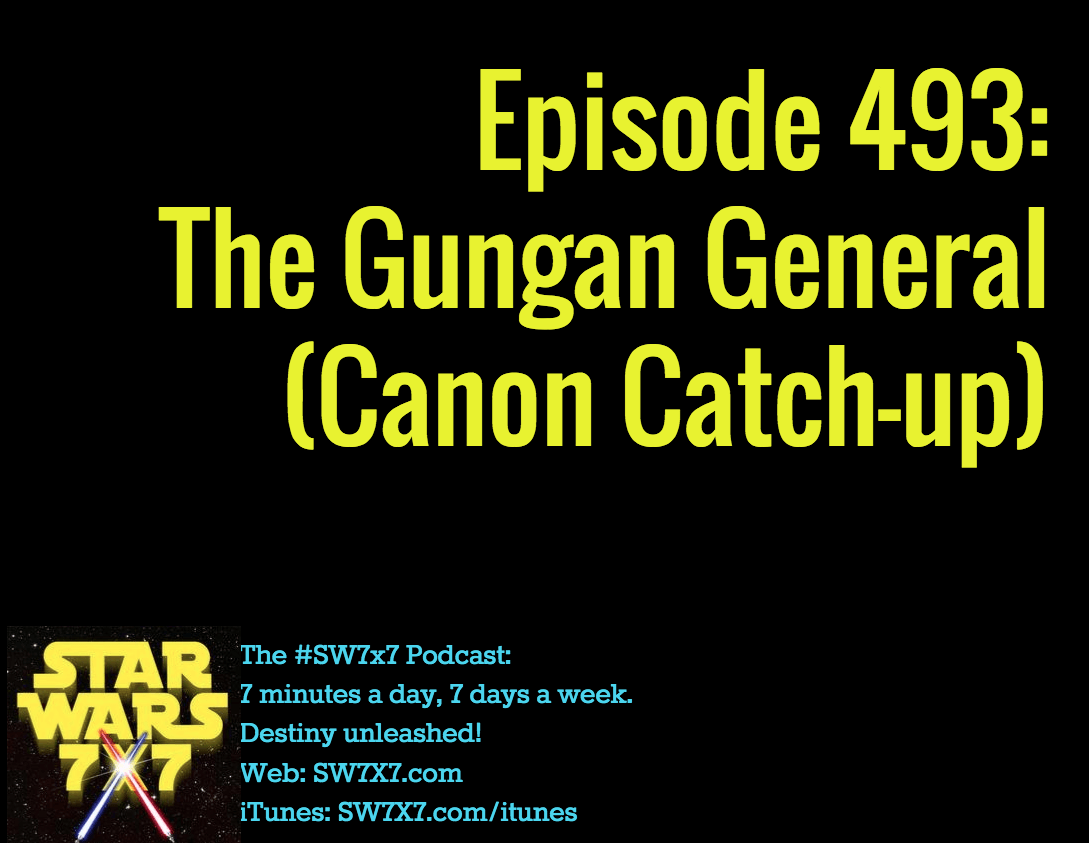 We’re back with our Canon Catch-up series, talking about “The Gungan General,” episode 12 of season one of Star Wars: The Clone Wars. Or, more specifically, our attempt to correct the cover up of how Jar Jar Binks is responsible for the death of a Republic Senator and to Republic pilots. (Image credit: Lucasfilm, via Wookieepedia)

Here’s the official record of the mission, according to Wookieepedia:

Jar Jar Binks and Senator Kharrus fly to the Weequay pirates’ lair with a bounty of spice on board as a ransom for Dooku. Unfortunately, Turk decides to go behind Hondo’s back, since he thinks dealing with the Separatists would have been more profitable, and has his men shoot down the shuttle to sack the ransom for himself. The pilots and Kharrus die in the resulting crash, and Jar Jar subsequently gets unintentional command of the surviving clone crew.

But here are the true facts: On final approach, Jar Jar failed to get secured in his jump seat. When Turk’s people started shooting and the Republic ship took evasive maneuvers, Jar Jar was thrown about the cabin.

Meanwhile, up in the cockpit, the rear chair pilot was helping the front chair pilot keep the ship from being shot down, informing the front pilot that missiles were inbound. Jar Jar, flailing about, hit the elevator button that pulled the second pilot down into the ship’s cabin, and the hit it again to send the two of them back up to the cockpit together. The second pilot had to send the two of them back down to get Jar Jar out of the cockpit. While distracted, the rear pilot couldn’t help with the evasive maneuvers, and the ship was hit by missiles.

While the ship prepared for a crash landing, Kharrus got out of his jump seat to secure Binks in a seat. But before Kharrus could get back into his own seat, the ship crashed, and Kharrus, along with the two pilots, were killed.

Jar Jar Binks should have been held accountable for these deaths, but he was not. Maybe he truly is evil.

Also, Obi-Wan had a chance to let Dooku fall from a great height to his death, but saved him. D-oh!

Today’s question: Who carried a long blaster rifle into Princess Leia’s detention block prior to her rescue?