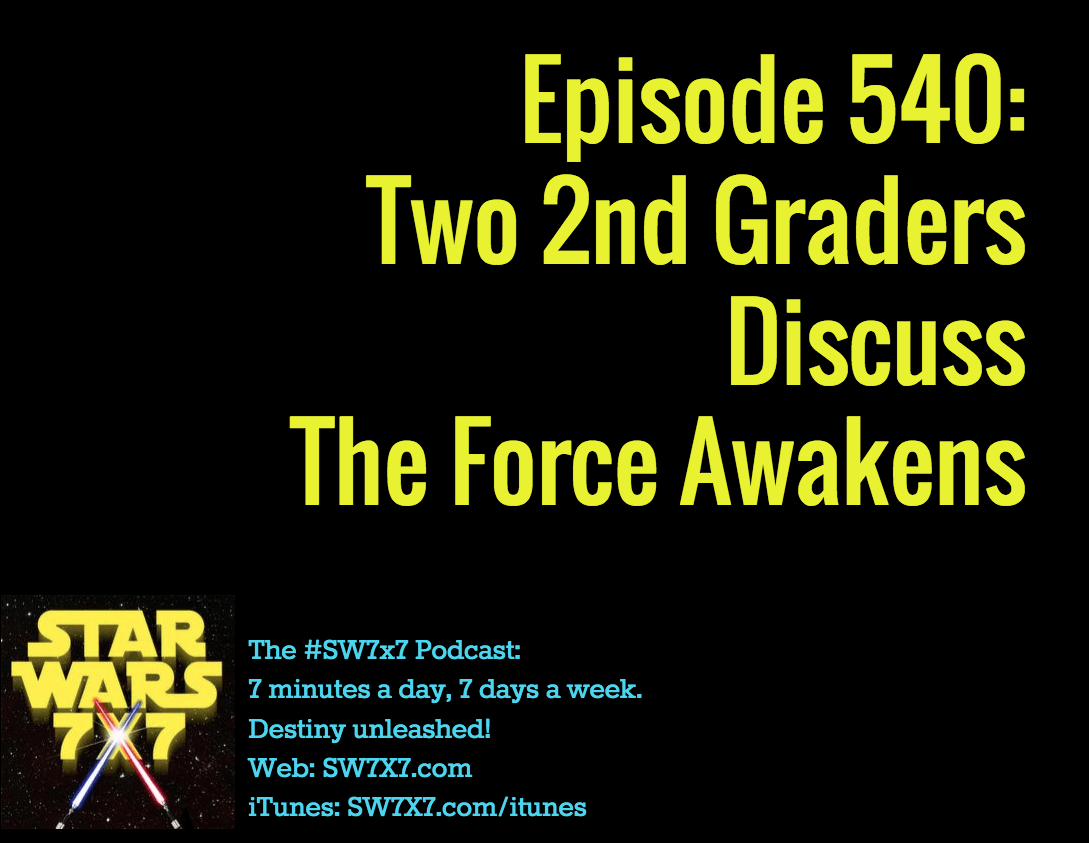 The lack of sandwiches on Luke’s island, chunks of skin cut from Kylo Ren, and when the characters go to the bathroom – these are the things that preoccupy the minds of two second graders discussing The Force Awakens.

Today’s episode kicks off with an update on The Force Awakens box office. In a word, “boffo.” It’s now the 51st highest grossing movie all time, and will likely pass Revenge of the Sith this weekend for the #2 spot on the Star Wars live action movie list. What’s the highest-grossing live action Star Wars movie of all time? The only one so far to surpass a billion-dollar total, The Phantom Menace, at $1.027 billion. (That The Phantom Menace is the biggest grosser of all six previous Star Wars movies has to be the supreme irony.)

Meanwhile, Scorekeeper Declan had his friend Jack over for a visit, and they got ramped up talking in the car about The Force Awakens. When the adults (me and Brainstormer Lani) started paying attention and tried to record them, they got a little less animated…but only a little. Listen in to what they liked, and what they wondered about!

Yesterday’s answer: The lower turret, the belly turret, or some such equivalent

Today’s question: What type of ship were Rey and Finn running for – the one blasted by TIE Fighters, that then made Rey and Finn change course and head for the Falcon?