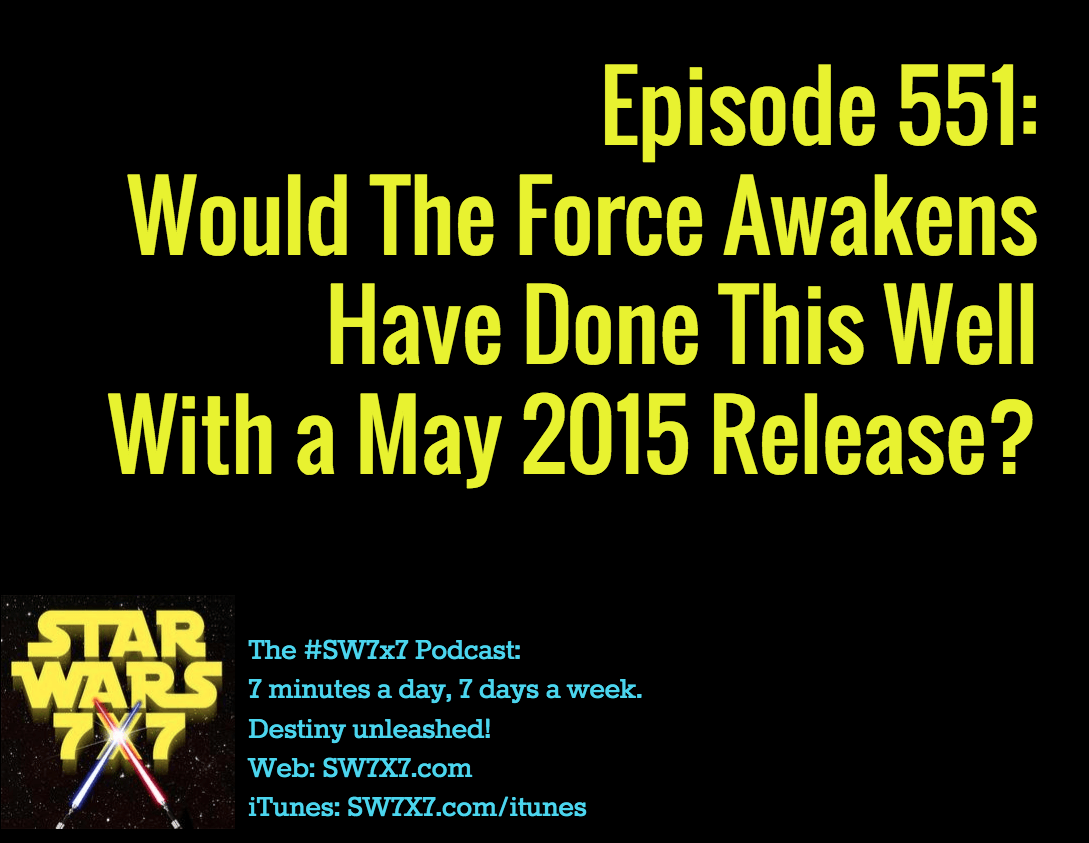 The article points to the tough competition The Force Awakens would have had to face, had it come out on its originally intended schedule for May 2015. With Mad Max: Fury Road and Avengers: Age of Ultron still in theaters at that time, and Jurassic World coming in mid-June, it sure seems like the numbers would have been blunted. (Though I think it would have beaten Jurassic World and taken the edge off the Avengers numbers.)

Interestingly, though, 15 of the top 20 grossing movies of all time worldwide were released in blockbuster season. The only five that weren’t? Frozen and Skyfall with November releases, and Lord of the Rings: Return of the King, Avatar, and Titanic with December releases.

Meanwhile, now at #4 all time worldwide and #2 domestically, The Force Awakens also has the most even split between domestic and international sales. 61% of Jurassic World‘s, 70% of Titanic‘s, and 73% of Avatar‘s grosses come from international markets. The Force Awakens? 51%. And no Chinese viewings yet. If you imagine The Force Awakens’ ratio going the way of the current top three, and with three more weekends of almost assured box office dominance, suddenly a $3 billion dollar total doesn’t seem outrageous.

What do you think? Do you think the December release helped the box office numbers? Have your say in the comments!

Today’s question: What weapon on the Star Destroyer was used to shoot down Poe and Finn’s TIE Fighter?