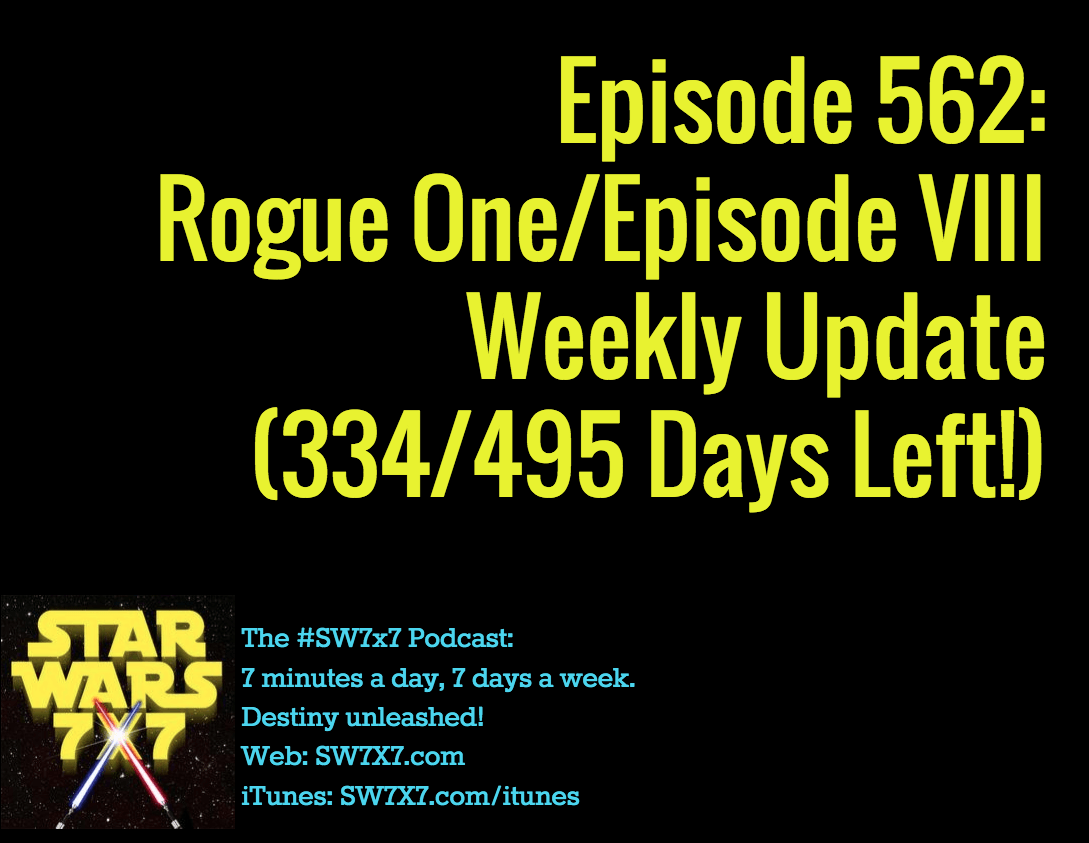 Welcome to our weekly update on Rogue One and Episode VIII! And, surprise, surprise – we’ve even got a couple of updates for you about Episode IX, too. Here are the links to the stories we mentioned in the podcast – have a look, but do so at your own spoiler-iffic level of tolerance. And enjoy!

Rogue One aliens mixing it up with humans (MTV.com)

A “dream team” to make this character return for Rogue One? (Making Star Wars)

A change in actresses for Episode VIII? (Club Jade)

And to save you from those potential spoilers in the ET piece, here’s what Trevorrow said in the same interview (non-spoiler) about Rey’s parentage:

We’re going to make sure that that answer is deeply and profoundly satisfying. Rey is a character that is important in this universe, not just in the context of The Force Awakens, but in the entire galaxy. She deserves it. We’ll make sure that that answer is something that feels like it was something that happened a long time ago, far away, and we’re just telling you what happened.

Now THAT would be cool.

Today’s question: What doesn’t a stormtrooper’s mask screen out?