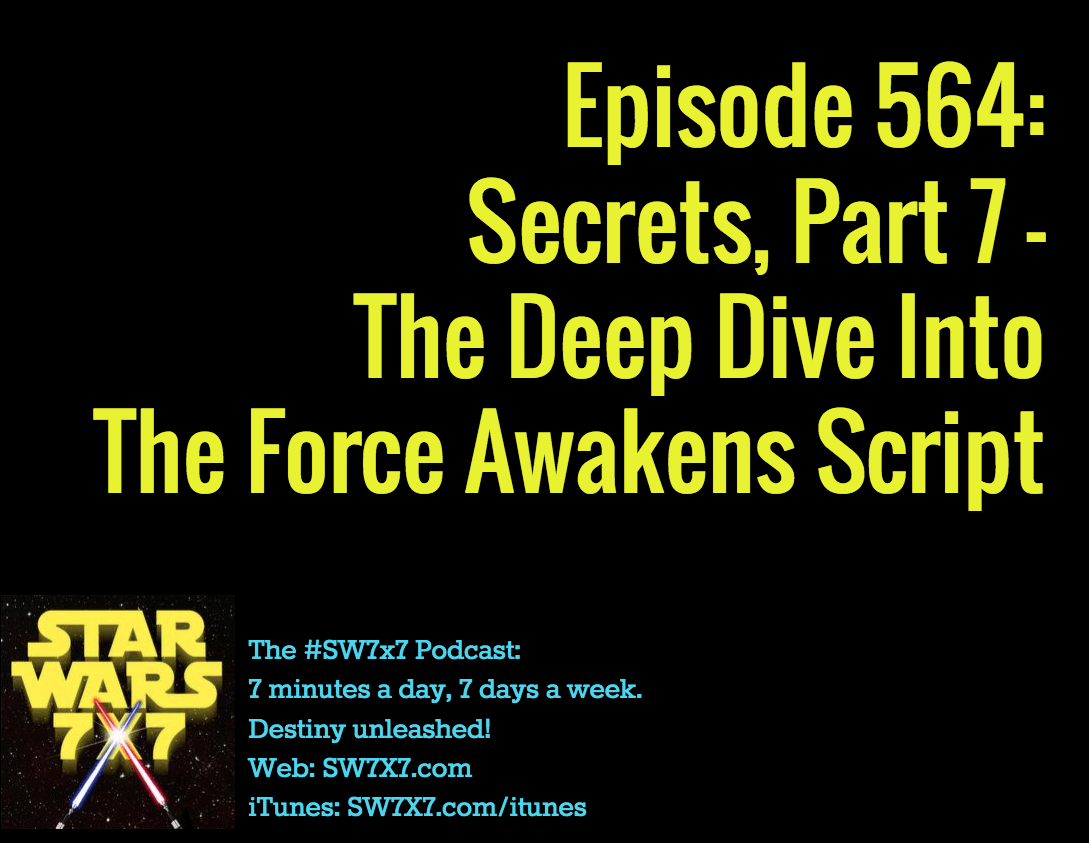 There’s a sneaky line added into Star Wars: The Force Awakens that’s originally heard in A New Hope – we’ve caught it, and we want to know what other lines from the other movies made it in there. Share your finds in the comments!

We’re also spending a lot of time on Supreme Leader Snoke in this deep dive into The Force Awakens script. He’s been the source of many theories as to what his real identity might be. Is he actually Darth Plagueis, having somehow survived the assassination attempt made by Palpatine/Sidious? Is he Grand Moff Tarkin, having somehow survived the explosion of the first Death Star? Is it “The Operator,” a spy in the Empire for the Rebels first seen in Star Wars: Aftermath? Or is he the mysterious Admiral shown pulling the strings at the end of Star Wars: Aftermath? Personally, I think he’s just Supreme Leader Snoke, and we’re going to learn a lot more about him in Episode VIII. Got any other theories? Share them in the comments!

Today’s question: What two modifications did Unkar Plutt make to the Falcon? (Names of parts added will do fine.)