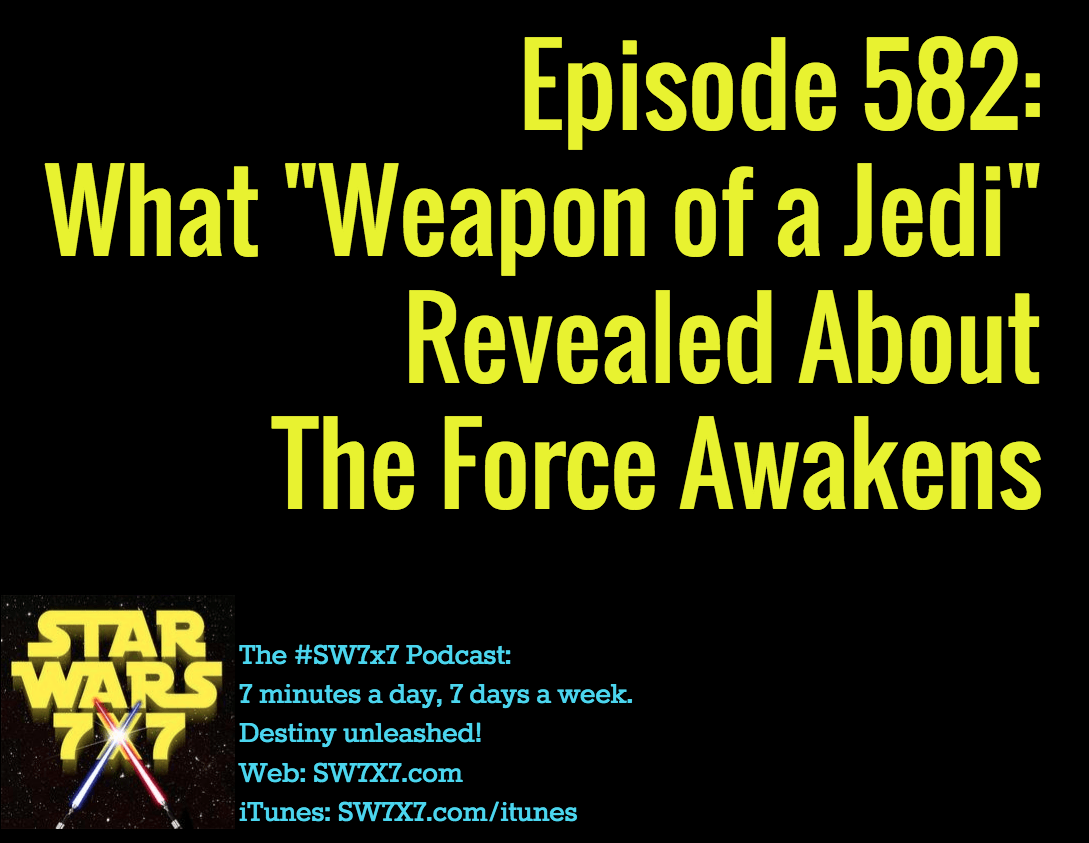 Remember back when a bunch of novels were released on Force Friday, and they said there were hidden clues in them about The Force Awakens? Well, I read Weapon of a Jedi by Jason Fry, and I picked out the things I caught that were TFA-related. Did you read it and find something I missed? Share it in the comments!

1. Jessika Pava – Blue 3 – appears, along with a red-armed C-3PO as a framing device for the novel.

2. Luke, with his forged identification, tells a Stormtrooper that he’s headed out for the Western Reaches – which is where Jakku is, and where Han says he and Chewie should have looked for the Millennium Falcon while it was out of their hands.

3. Happabores appear – you know, the giant thing drinking from the water well/trough when Finn arrives at Niima Outpost, and ends up sharing the water with – those appear as beasts of burden.

4. Luke promises to return to a Jedi temple on Devaron, and according to Threepio, does in the future. Which made me wonder – is the Temple of Eedit on Devaron the same as the temple on fire that we see Luke and Artoo in front of in Rey’s vision?

5. Sarco Plank. He was supposed to appear in Star Wars: The Force Awakens, and they even made an action figure of him! He’s listed as an aging arms dealer and bounty hunter in the StarWars.com databank, and he sure gave Luke a run for his money (not to mention a bunch of Stormtroopers) in Weapon of a Jedi. (The link to the databank entry contains a spoiler about the end of the book, in case you need the warning.)

Yesterday’s answer: It appeared on Ralph McQuarrie’s designs of Snowtroopers for The Empire Strikes Back.

Today’s question: Who’s idea was it to rescue Rey from Starkiller Base?