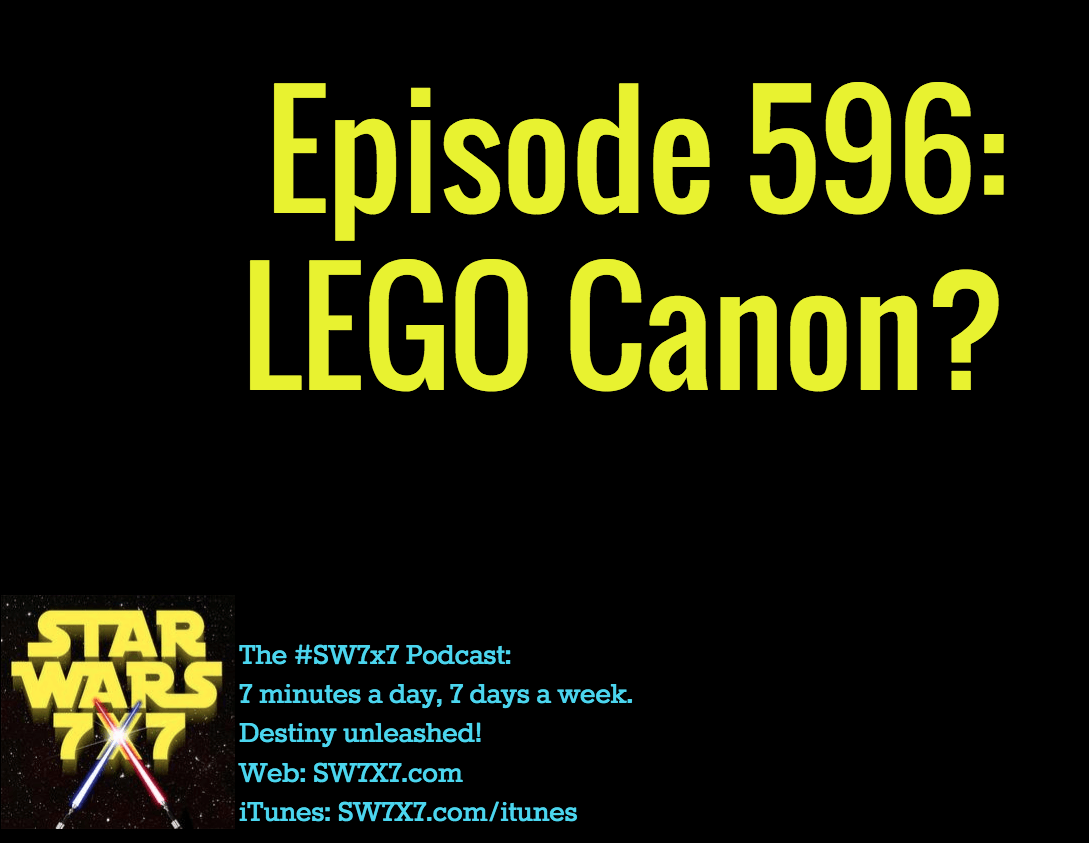 Here’s the story that inspired this episode of the podcast, in tweet form:

@InevitablyBill @_drewski In the Holocron, I call it LEGO canon.

@_drewski @InevitablyBill I don't really use the letter system anymore.

So, this clears up a bit of a conundrum about the new Star Wars universe, since the Story Group had previously said that everything coming out now would be considered canon. But the LEGO animations really are their own world, so maybe it’s just licensor stories that don’t cross over … hopefully we’ll learn more about the canon situation in a future episode!