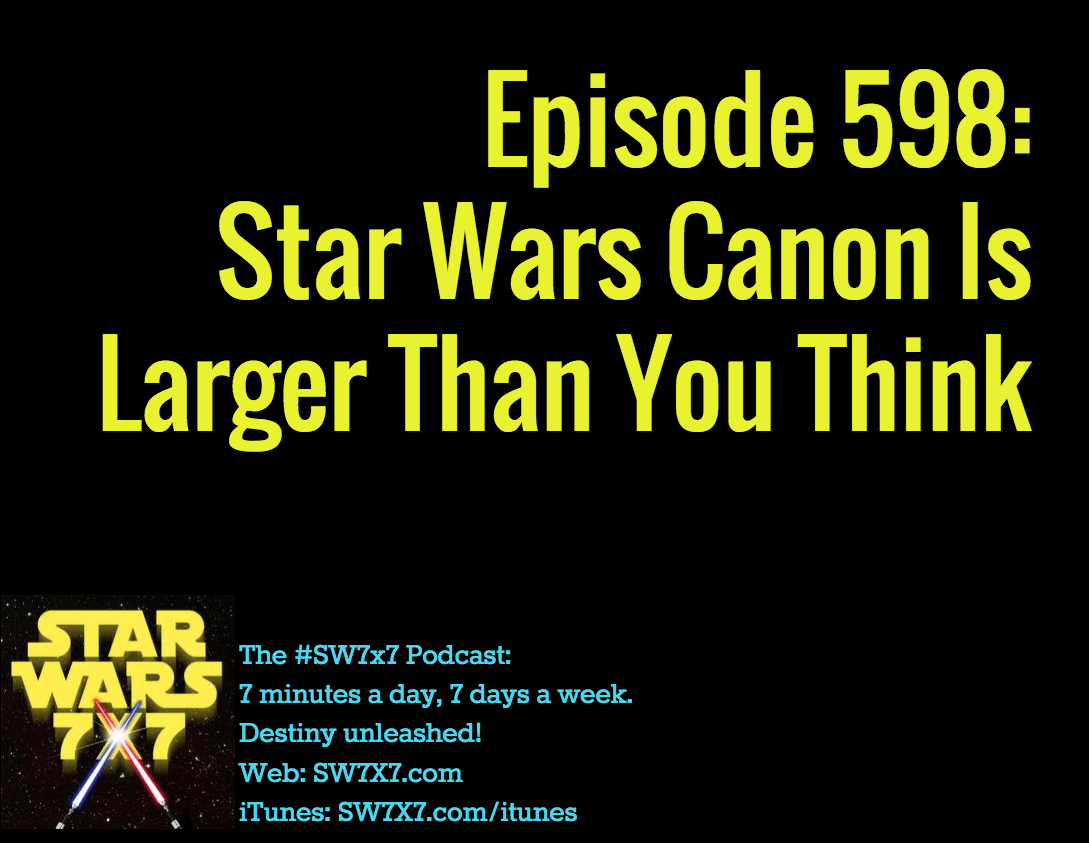 On Saturday, in Episode 596, we talked about “LEGO Canon” and how it’s different from the regular, newly forming Star Wars canon. I’d been wondering about all the Journey to The Force Awakens books that were released last September – some of which were for very young readers. VERY young. Would that also be canon, since the Lucasfilm Story Group has said that everything coming out now is canon? Where do they draw the line?

So I tweeted to Leland Chee, keeper of the Jedi Holocron at Lucasfilm, to ask about the situation. Here’s what he said:

@SW7x7podcast I wasn't aware there was a line.

@SW7x7podcast Review process is not really any different.

So what do you think? How far down the age categories will you pursue the new canon? Will you stop at the upper middle grade books, or go all the way down to the first grade readers? Have your say in the comments!

Today’s question: What three things are capitalized (ALL CAPS) in the opening crawl of The Force Awakens, aside from the title of the movie itself?