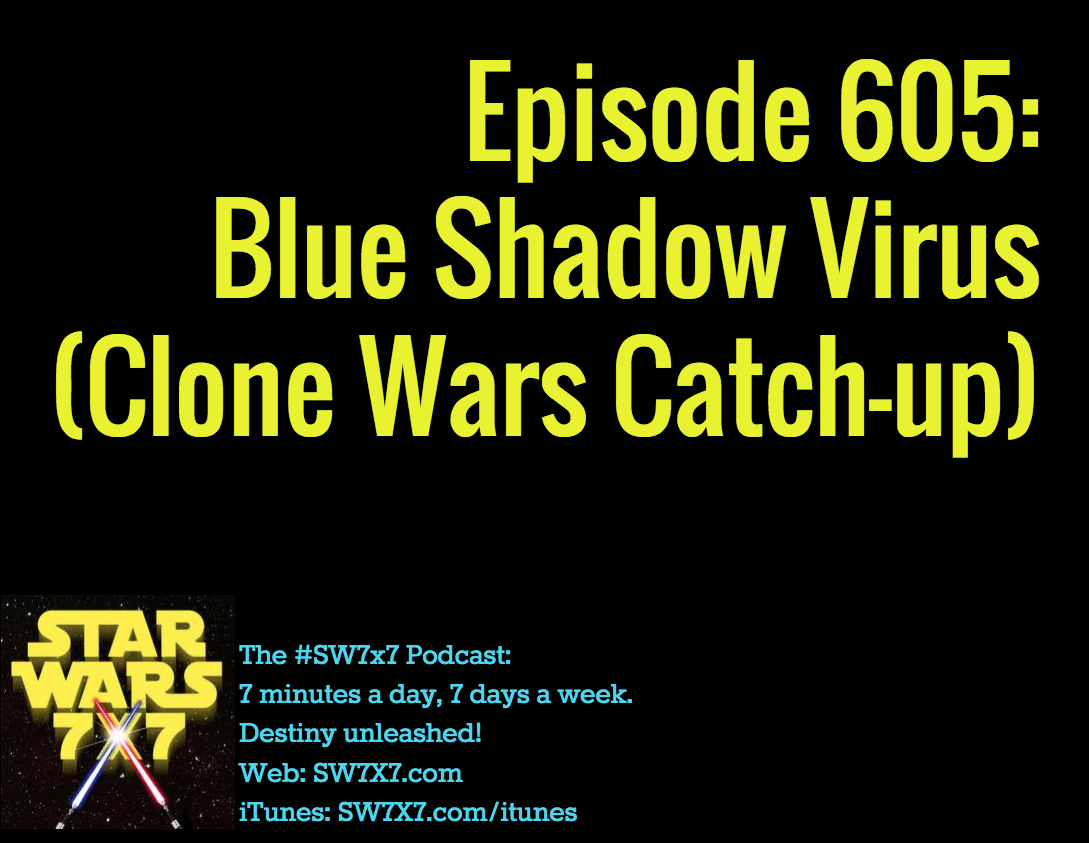 In this week’s Clone Wars catch-up episode of the podcast, we’re covering Season 1, Episode 17: Blue Shadow Virus! The plot, in short: Battle droids are found on Naboo, and Padme and Jar Jar fly home to investigate. Turns out there’s a secret lab reviving a virus that was so deadly, no species was immune to it, and it had previously been eradicated from the galaxy.

So Padme and Jar Jar go to investigate and get captured, and Obi Wan, Anakin, and a bunch of clone troopers have to rescue them in addition to securing the lab and capturing the mad scientist behind this scheme, and behind cheesy pick up lines like the one he says to Padme: “What’s a life form like you doing in a swamp like this?”

In the podcast, we talk about whether Jar Jar may have more Jedi than Sith in him (at least, in his stomach), which characters seem to get it that having Jar Jar around is a bad idea, and how blatantly obvious it is that there’s something going on between Anakin and Padme.

Yesterday’s answer: The left side, or the port side (either will do)