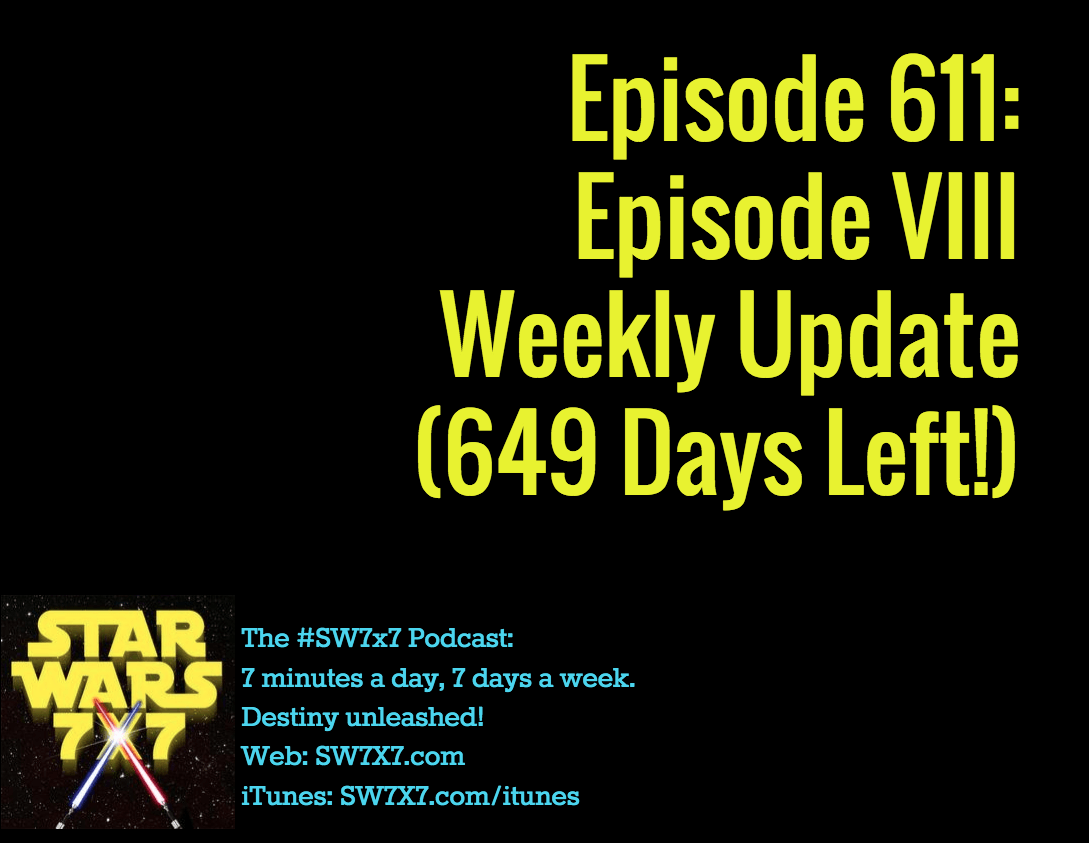 First up, if you believe it (and I don’t, but share your thoughts in the comments and let’s discuss), there’s a post at TheForce.net about whether we’re going to learn the title of Episode VIII on May 4th, but in the piece, they also flag the two different rumors of what the title could be. Click through if you want to see them.

This much I’ll tell you here: They’re both at least five words long, which is longer than any other Star Wars title, and they don’t follow the pattern of an action-oriented title like the two previous middle-of-the-trilogy movies.

Also, one is just on a little card tacked up on a wall someplace and tweeted out, and the other is allegedly coming from “set hands” in Croatia. You can see why I doubt both of them!

And here’s Daisy Ridley being interviewed by MTV at the Oscars about Episode VIII and workign with Mark Hamill. We’ve all made a guess about when Episode VIII picks up in terms of Episode VII based on the production announcement, but none of us knows for sure. The interviewer took it as fact, however, and presented to her that way, and she rolled with it. Confirmation? Perhaps…

Today’s question: Who is the founder of the Resistance?