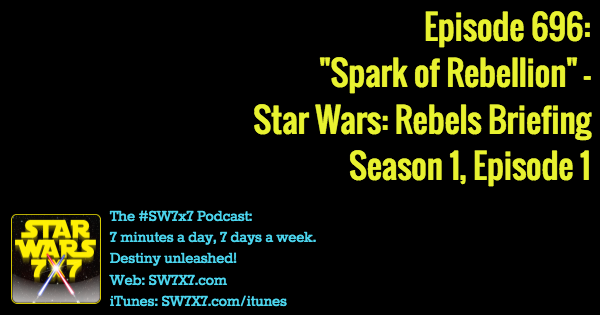 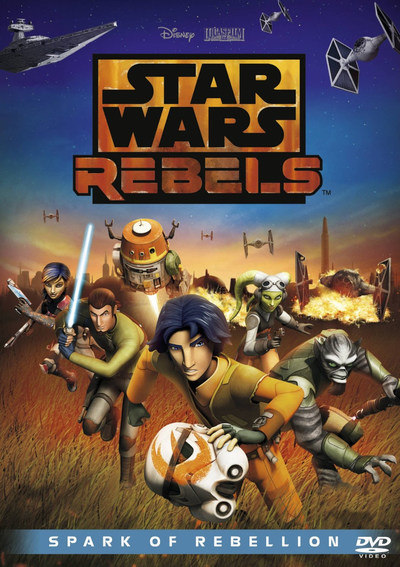 [UPDATE: As of 5:45pm Eastern, Libsyn’s upload issue has not been resolved. The audio file for the show can be heard and downloaded HERE in the meantime. Sorry for the trouble!]

It’s time for a Star Wars Rebels Briefing! We’re off and running with “Spark of Rebellion,” the series premiere of the Star Wars cartoon series that features all of the characters we met in the four short videos released in the summer of 2014 (and discussed in last week’s Briefing), and we meet two – eventually, three – of the heroes’ chief antagonists. That would be Agent Kallus of the Imperial Security Bureau, the Grand Inquisitor, and Darth Vader himself. (Vader, interestingly, only appeared in a special epilogue to promote the show when it appeared on ABC, soon after its first run on Disney and Disney XD.)

The show is an action-packed kickoff to the series, with more subtle visual elements taking their cues from various Original Trilogy scenes (TIEs chasing the Ghost through clouds like they chased the Falcon at Cloud City; two troopers on speeder bikes in a speeder bike trap the same way they were on Endor). The depiction of Ezra Bridger as a “Loth rat” and “street rat” immediately call to mind comparisons to Disney’s Aladdin, which is a little distracting, but not enough to bring the proverbial house of cards tumbling down.

We’ve got the full episode breakdown on today’s show – have a listen!

Yesterday’s answer: Roared and shot Kylo Ren in the side

Today’s question: How many people do we see in Kylo Ren’s interrogation chairs in The Force Awakens?