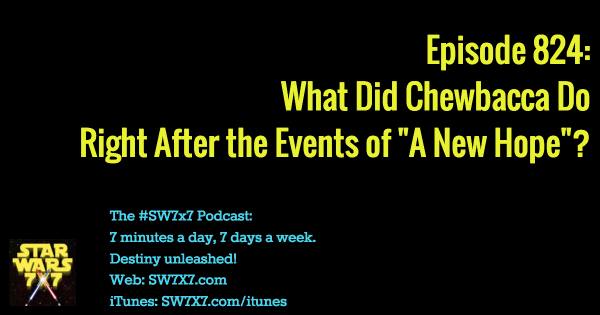 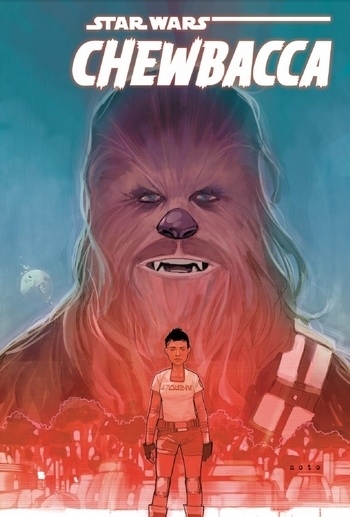 It seems that a bunch of the major Star Wars gang split off to do their own thing after the medal ceremony seen at the end of Star Wars (aka A New Hope). Princess Leia, as we learned yesterday, flew off to gather the Alderaanian diaspora and bring them to safety.

Chewie, as it turns out, had a mission of his own. But he got side-tracked when his A-wing fighter (yes, an A-wing, and one that fits a Wookiee!) crashed on Andelm IV. He wound up freeing slaves on the moon with the help of a young girl whose father was one of the slaves. They also manage to get the Imperials to believe that the slaver is actually a Rebel, which doesn’t bode well for the slaver. Pretty nifty!

The biggest achievement, though, has to be that Gerry Duggan (writer) and Phil Noto (artist) created a story where the main character speaks no English/Basic (and no one in the story speaks his language), yet we still understand exactly what’s going on with him. According to the Wookieepedia entry for the series, scripts were submitted with Chewie’s lines in English, too, for Lucasfilm’s review and approval.

Today’s question: How many stormtroopers chased after Rey, Finn, and BB-8 at Niima Outpost?