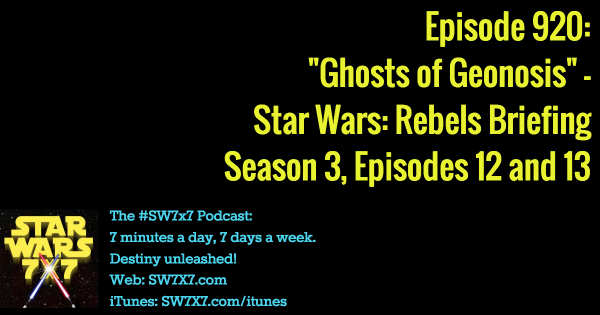 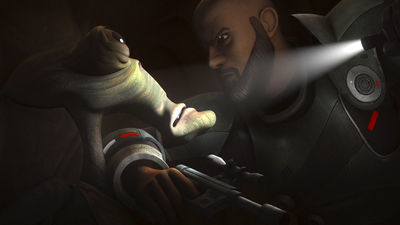 Welcome to the first Star Wars Rebels Briefing of 2017! Today I’m digging into “Ghosts of Geonosis,” also being referred to as the “winter premiere” of Rebels Season 3B, the start of the second half of the season. Or for those of you counting, episodes 12 and 13. (Here’s the full episode rundown on Wookieepedia, where the episode image also appears.)

The episode will also give you some additional insight into Saw Gerrera’s character that will make watching him in Rogue One a richer experience. It’s a solid pair of episodes, and a solid start to the second half of the season – one that reveals a lot of the shots we saw in the mid-season trailer, and makes it seem as though this may be the only dose of Saw we get in this season.

Share your thoughts about “Ghosts of Geonosis” in the comments!