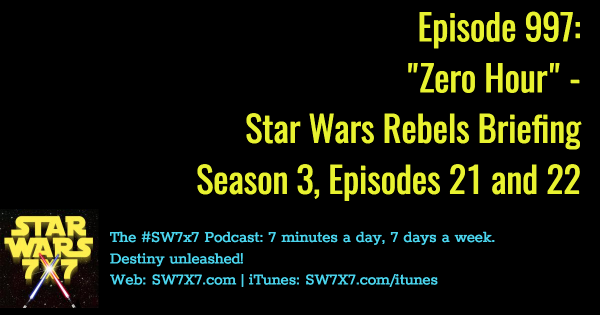 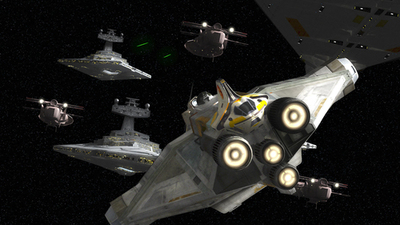 This is it! The finale of Star Wars Rebels, season three. “Zero Hour” is a double episode in which Thrawn tries to drop the hammer on the Rebels once and for all. (Here’s the full episode rundown on Wookieepedia, from where the images also hails.)

In today’s episode of the podcast, I’m summing up the state of the Empire, the Rebellion, and the Mandalorians as of 2 BBY, which is right around the time during which this part of the season takes place. (Not too long ago, there was an episode called “Secret Cargo” where Mon Mothma went into hiding after calling Palpatine a “lying executioner” on a Holonet broadcast; in the Rogue One Ultimate Visual Guide, that event was flagged as happening in 2 BR1 on the timeline – “Before Rogue One,” although it’s not as if there’s a lot of time in between Rogue One and the Battle of Yavin.)

I’ll also be talking about a significant comment Dave Filoni makes near the end of the “Rebels Recon” episode embedded with this post. (Linked here if the embedding doesn’t work for you.)