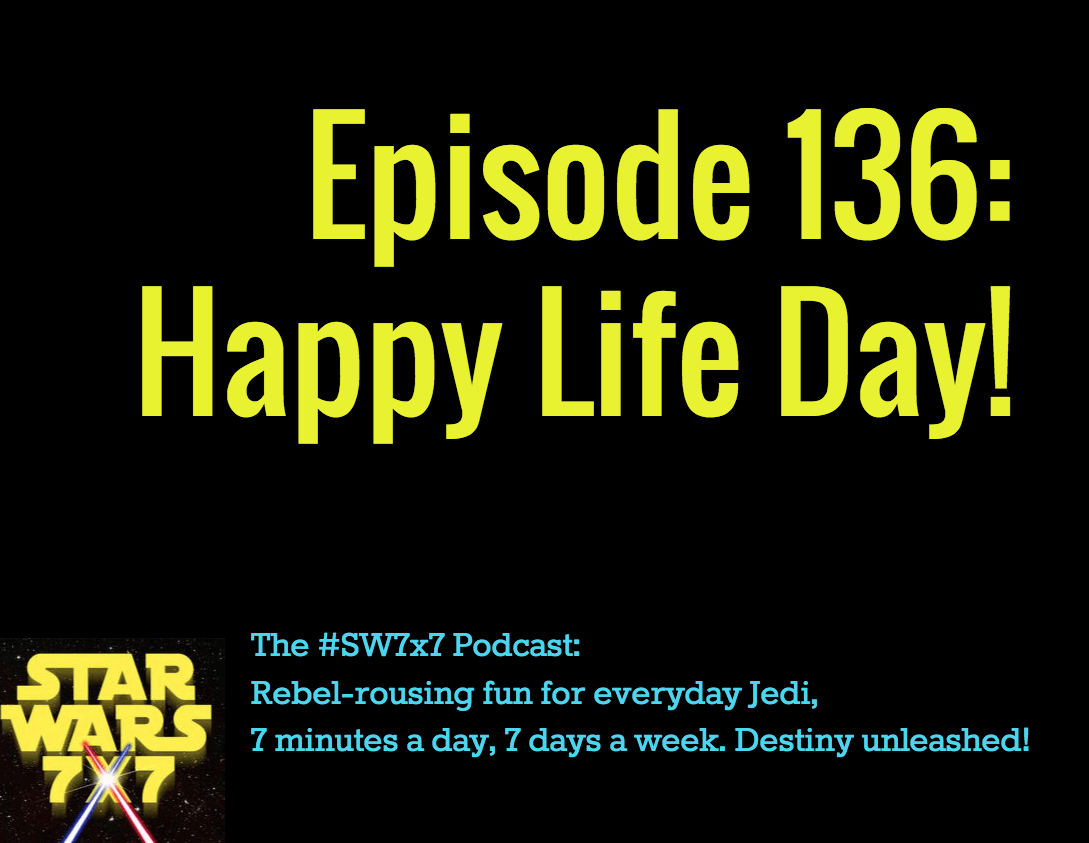 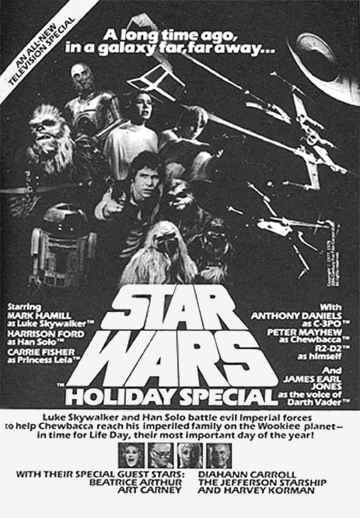 It’s November 17th, the day that we humans celebrate Life Day, the Wookiee holiday first revealed in the Star Wars Holiday Special. Broadcast 36 years ago today, the TV show holds a special place in Star Wars history, both for being hated by George Lucas, watchable by fans only in the way that you’d rubberneck a car crash, and notable for containing the first screen appearance of Boba Fett, in an animated segment.

In the Special’s 30th anniversary year, Vanity Fair wrote a great long article about the Star Wars Holiday Special, though Lucas himself declined to be interviewed for it. If you, like me, are curious to know just how it came to fruition, it’s definitely worth the read.

And if you’re ready to re-live your childhood – or see what all the fuss was about – here’s the Special right here: 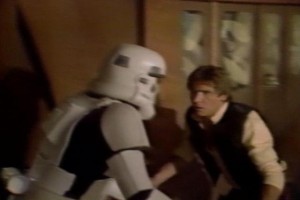 The Star Wars Holiday Special also features a Wilhelm scream – when Han and Chewie arrive at Chewie’s home on Kashyyyk, Han knocks a stormtrooper off a deck and out of a tree, at which point you get the “falling from a great height” that often accompanies a Wilhelm scream on screen. (Image via Wookieepedia)

Today’s question: Who did Leia describe as “quite a mercenary”?

Previous Post: 135: The Force Awakens Weekly Update
Next Post: 137: The Longest Half Hour of My Life (So Far)