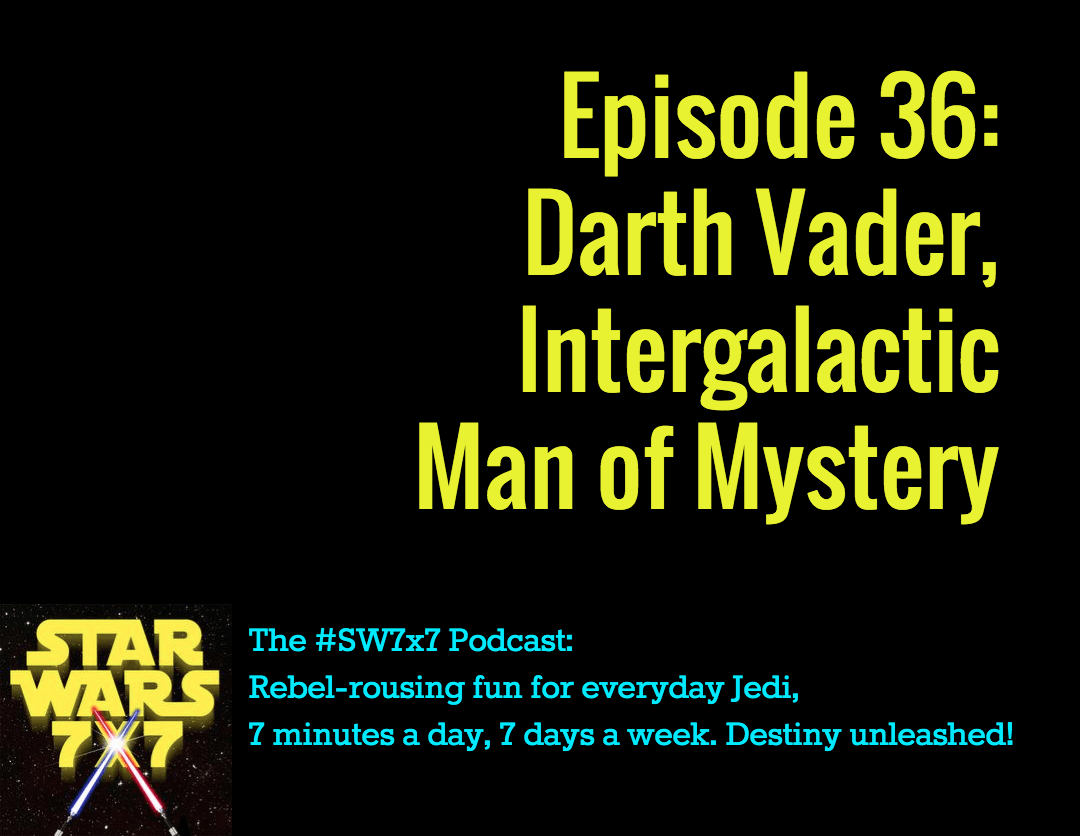 Did you know? The unit of clone troopers Vader takes into the Jedi Temple to kill all the Jedi inside is the 501st Legion, which in real life is also the name of the world’s “definitive Imperial costuming organization.” And great charity fundrasiers, too!

Star Wars “I Love You” “I Know” Necklace Set – click the pic!

Today’s question: What was Piett’s rank in the Imperial Military at the start of The Empire Strikes Back?

So first thing’s first: I’m going to draw a line between Anakin Skywalker and Darth Vader here, because they really are two separate people. Just like I’ll do with Palpatine and the Emperor/Darth Sidious down the line.

Because from a certain point of view, Ben was right. Not to get all schizophrenic on you, but the person christened as Darth Vader did betray and (almost) murder Anakin – or, at least, the side of him that was still good and innocent.

Now, when you look at lists that magazines and film websites make of the favorite characters of the movies – or even in the fan voting contests – Vader’s almost always in the top 5. In fact, he’s the #3 all-time-ever villain in the American Film Institute’s 100 Years series that featured heroes and villains.

But he didn’t really start out that way. It’s interesting to note that his top three billing with the AFI came because of The Empire Strikes Back. As opposed to Star Wars, where he was just…what? An enforcer? A thug? He clearly seemed like he was in command when they pulled over the Corellian Corvette over Tatooine, but once he got to the Death Star, he was taking orders from Tarkin. How could he be that big a deal?

I think that’s why I wasn’t so knocked out by Vader the way many other people were. He was always answering to someone, regardless. First it was Tarkin, then it was the Emperor. Sure, he was great with a lightsaber and could shoot X-wings and Y-wings down like nobody’s business. But he was a cog in the system.

And speaking of shooting down starfighters, think back to the original Star Wars. Or, “A New Hope,” for the younger members of our audience. We had a clue there from Ben, and we never put it together. Luke’s father was a great pilot, Ben said. Darth Vader was a lights-out pilot during the Death Star battle. Should we have known, even then? It’s little things like that, that help me believe Lucas knew from the start Vader was Luke’s father.

But I digress. The reason I think Vader has stuck the way he has is because of the mystery of him. Granted, there are so many humans as main characters in Star Wars and The Empire Strikes Back, it’s easy to think that he must have been a human inside that suit. But when you get the view of his shiny, battle-scarred head…I don’t know about you, but I was NOT convinced that was a human head. So, what the heck WAS he?

And then to pull out the “I am your father” bit? Well, he didn’t even seem like a human in the first place, how is that even possible?! Even though we just learned the most important thing about him that we ever could have known, it made absolutely no sense that it was possible.

Not to mention Ben saying in Jedi that Vader is “more machine now than man.” I know there are some folks out there who thought Vader was a robot when they were kids, but that was a pretty shocking idea to me. That his armor wasn’t just a Stormtrooper suit on stealth butt-kicking mode, that it was a giant robot suit.

All of his appeal for me came from the mystery. He’s a good bad guy who finally did the right thing, one last time. But is he one of the greatest movie villains of all time? As much as I love Star Wars, the older I get, the further he seems to drop down the list.

What about you? Love him, hate him, love to hate him? Let us know in the comments!