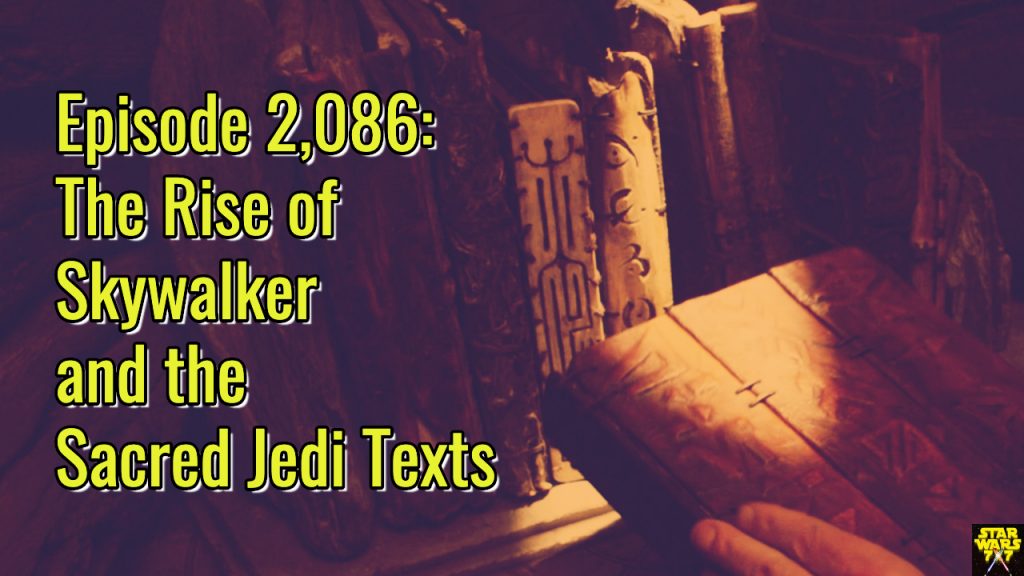 In The Last Jedi, we learned about the sacred Jedi texts that Luke Skywalker had collected in his galactic travels, which he kept safe on Ahch-to despite threatening to burn the library down every so often. Well, as we know, Rey took them before Luke ever followed through on his many threats, and – with the help of C-3PO, Beaumont Kin, and her own Force-sensitive intuition – began to learn their secrets.

But what have you and I learned about them? Previously, we only knew the names of two of them, thanks to The Last Jedi: Expanded Edition, the novelization by Jason Fry. Now, thanks to The Rise of Skywalker Visual Dictionary, we know a bit more. (And thanks again to DK Publishing for sending me a review copy!)

On today’s episode, I’ll sum up what we know and what we’ve now learned, plus I’ll share a beautiful story about a tribute to a real-life Star Wars fan woven into the story of the sacred Jedi texts. Punch it!