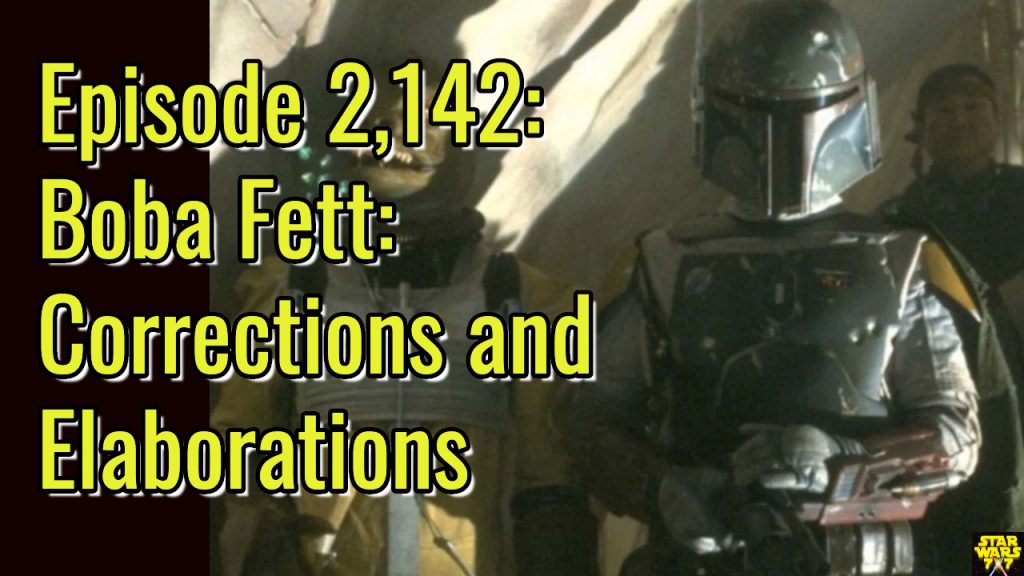 I got a lot of feedback about my episode yesterday, exploring the idea of whether Boba Fett is, in fact, a Mandalorian. Turns out I got a little too narrow with my focus on a couple of things! So on today’s episode of the show, I’ll be handling some corrections (the clan signet doesn’t have to be on the right shoulder, for example). I’ll also be getting into a few elaborations – specifically about the Mandalorian icon on Boba Fett’s left shoulder, and the emblem on the right side of his chest plate.

And after all of that, which will dig deeply into Legends territory, I’ll dig my heels in and assert that I still don’t think Boba Fett is a Mandalorian in the “practicing” sense of the word. Punch it!