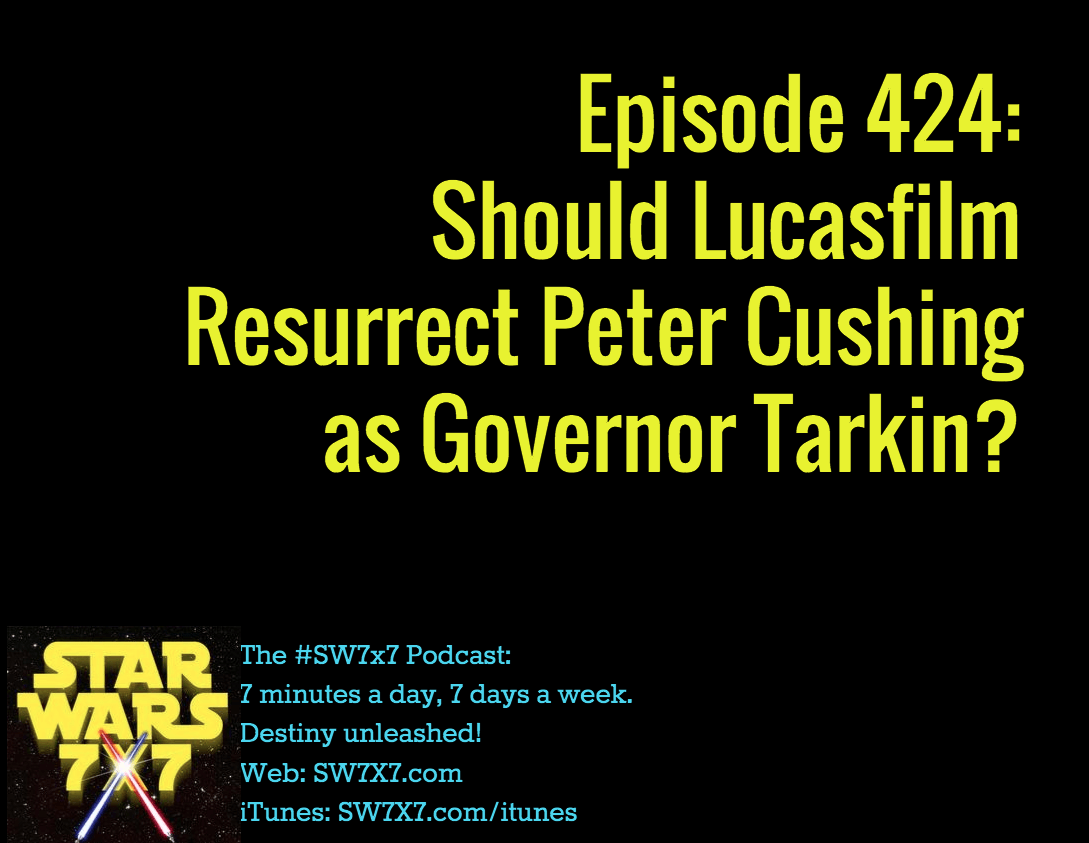 This is a whole new take on “posthumous performance.” The Daily Mail in the UK is reporting that Lucasfilm will digitally resurrect Peter Cushing from the dead, and have a CGI version of him play Governor Tarkin in Rogue One: A Star Wars Story. Never mind that the anonymous source make egregious errors such as this:

A source told The Mail on Sunday: ‘This is one of the most complex and costly CGI re-creations ever. Cushing is a pivotal plot line as he was the one to create Darth Vader and there’s a whole back story that will come out.’

This is also the same Daily Mail that’s currently spelling the actress Penelope Cruz’s name as Penelope “Cruise” on the home page of their website.

Meanwhile, here’s a little extra to chew on – stories about the Jeff Bridges de-aging for Tron: Legacy, and the Michael Douglas de-aging for Ant-Man. Also: Mental Floss’ neat recap of “Dead Celebrities Brought Back To Sell Stuff.”

Anthony Breznican, the writer for EW.com who’s been connected at the hip to the Lucasfilm PR machine during the run-up to The Force Awakens, has gone on record saying he doesn’t think they should go the resurrection route – in his words:

A lot changes about technology year to year, but one thing that doesn’t change – and can’t be imitated – is the power of a single, soulful performance by an actor. Life is precious because of its impermanence. Cushing is gone, and we can’t get him back. All we can do is watch that original performance and remember.

Yes, and, pulling this kind of digital feat takes audiences out of the movie and makes them wonder how the heck the movie makers did it. We shouldn’t EVER be wondering that when we’re supposed to be busy suspending our disbelief and being immersed in a storytelling experience. It’s one thing to defy the laws of physics with starfighters in space. It’s another thing entirely to resurrect someone we know is dead.

Can you imagine the makers of the Harry Potter movies resurrecting Richard Harris for movie #3 and onward? For example? No, didn’t think so.

But that’s my take. What do YOU think? Have your say in the comments!

Yesterday’s answer: Luke Skywalker, but not a “land mine” as the Trivial Pursuit question states, but a thermal detonator.

Today’s question: What two words of advice did Leia give Luke when he decided to confront Vader on Endor?