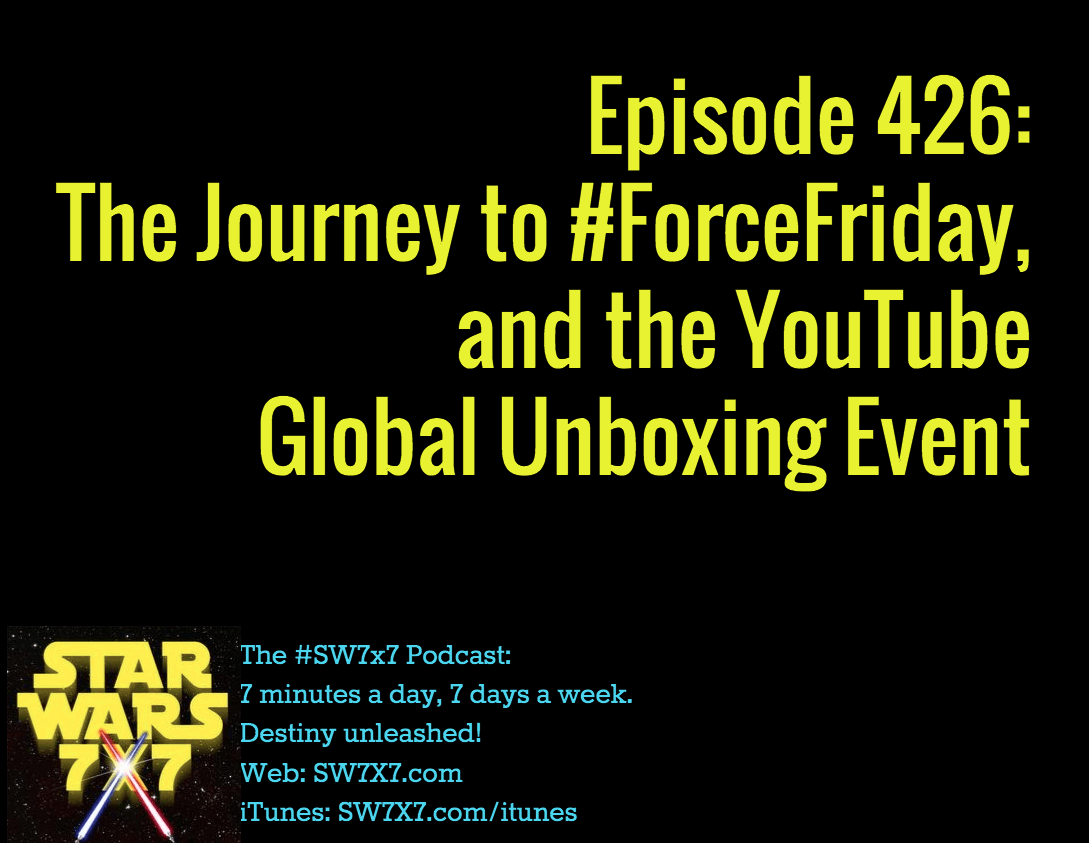 It’s happening! #ForceFriday is coming to a store near you – maybe, if you live near a well-populated metropolitan area. I’ll be driving 45 minutes to the nearest store (Toys”R”Us) that’s having a 12:01am Force Friday event. You can hear about my adventures in finding a place to go in the podcast today…

In the meantime, the Star Wars YouTube Global Unboxing Event is underway! As of 12:30am ET on 9/3, here’s what’s already been revealed as part of the hundreds of items of merchandise that will be available beginning on Force Friday, 9/4:

Los Angeles: T-shirts from WeLoveFine, and Poe Dameron’s Black Squadron X-wing Fighter, which was “officially” revealed for the first time (spy photos from the set had shown the ship), first revealed officially that it’s Poe’s (which means he flies two different X-wings in the movie), and confirms the existence of a “Black Squadron” group of X-wing fighters! 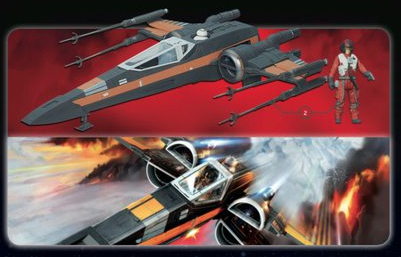 Hong Kong, China: Hot Wheels “Escape From Jakku” Game, and cars inspired by the First Order Stormtrooper, BB-8, Captain Phasma, and Kylo Ren (and back to L.A. for the new Rebel fighter car)

Plus, authors Cecil Castellucci, Jason Fry, and Claudia Gray were in the Los Angeles Studio with Andi and Anthony to chat about their new books, each a part of the Journey to The Force Awakens.

We’ll be tuning into the rest of the Unboxing Event on Thursday, and reporting back in tomorrow’s podcast on any new details revealed about The Force Awakens!

Today’s question: Who ordered Artoo to lend his assistance in unlocking the doors of the Endor bunker?