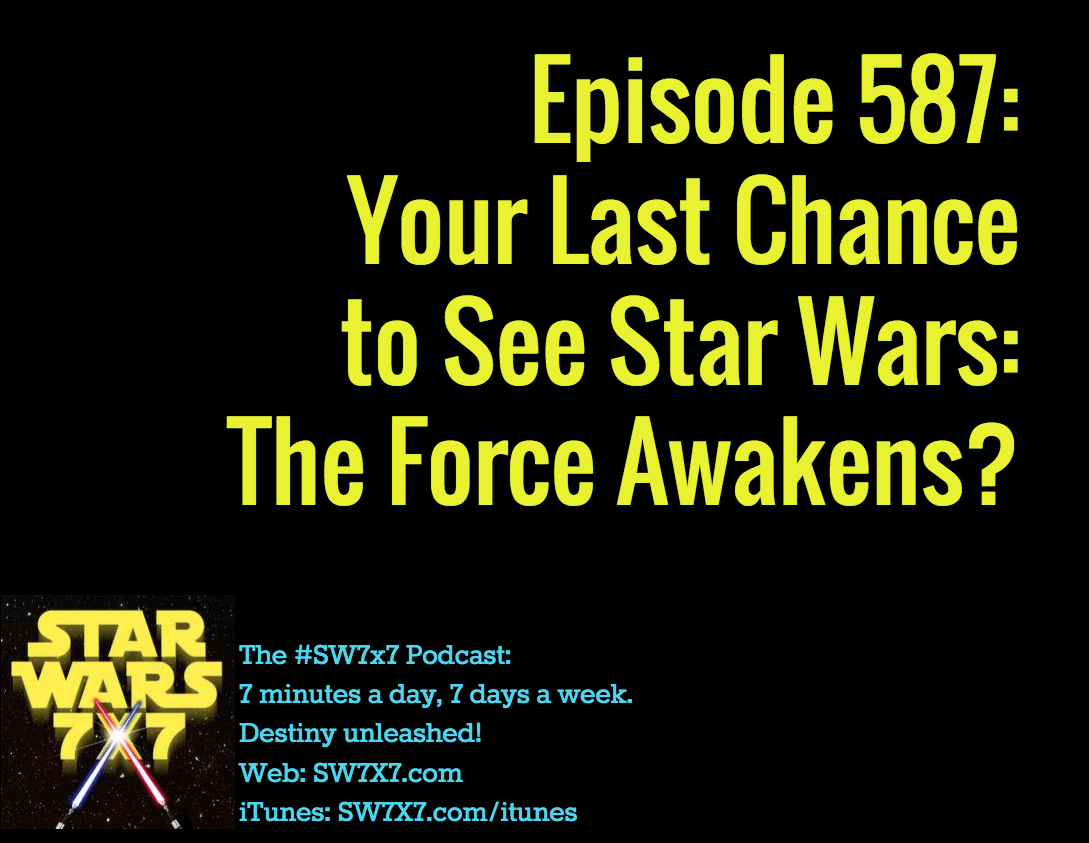 So it doesn’t look like Star Wars: The Force Awakens is going to topple Avatar or Titanic in the global box office battle, though it sure has vanquished them domestically.

Disney CEO Bob Iger announced in an earnings call this week that The Force Awakens led Disney to its best quarter ever – no surprise, all things considered. He also dropped notes about three of the upcoming films:

1. Rogue One is still shooting, but just about finished. Really? Seems kind of late, doesn’t it? And where are they filming, anyway?! There’s barely been any location shooting leaks or reveals, even.

2. Episode VIII has officially started principal photography. Usually we get that news in an official press release from Lucasfilm, so this will have to do.

3. Episode IX is already in production. Which is a “Wow!” moment, and then you remember that Rian Johnson is writing the scripts for both Episode VIII and Episode IX. Of course they probably already have the outline and story beats they need to hit, but to think they actually have a completed script? Now THAT gives me chills.

Meanwhile, as promised in the podcast, here’s the list of records held by The Force Awakens – the most of any movie, for records tracked by Box Office Mojo, the premier box office tracking info source. And let us know – is it still playing in your town, or, like in our corner of the world, is it about to leave tomorrow? Have your say in the comments!

Today’s question: Why were Han and Chewie the only crew members on the Eravana when they brought Rey and Finn onboard?