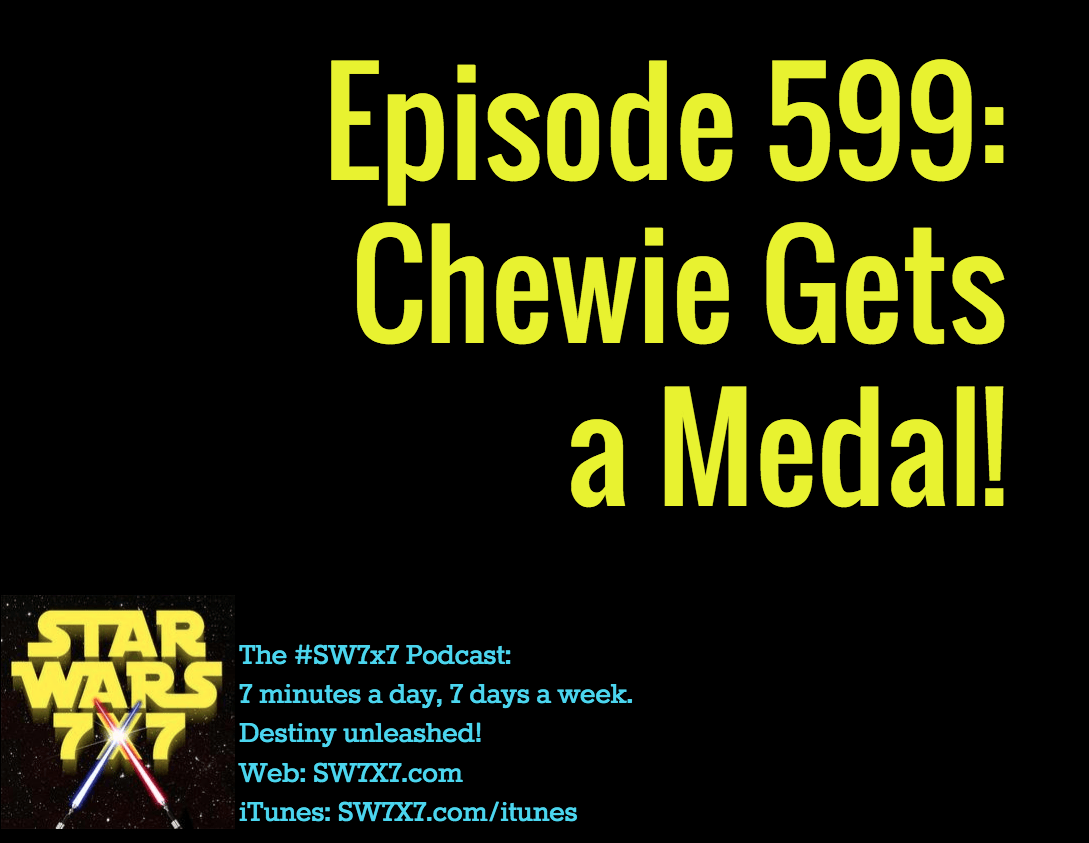 It’s true! Chewie didn’t get a medal in Star Wars: A New Hope. But the old Expanded Universe tried to make amends for that, as you’ll see in this story on /Film.

Only problem is, the /Film writer doesn’t seem to realize that the new Chewbacca comic book is part of the new canon, and therefore the Lucasfilm Story Group has in fact restored the “Legends” idea of Chewie getting a Medal of Bravery.

In fact, they went even one step further a few months earlier, by showing Chewie meditating over his medal at the beginning of Smuggler’s Run, a novel by Greg Rucka for upper middle school readers that was released as part of the “Journey to The Force Awakens” set of books on 9/4/15.

This is probably the biggest thing so far that had appeared in the Expanded “Legends” Universe and made its way over to the new canon. So, what do YOU think? Are you happy to see him get a medal after all? Share your comments!

Today’s question: When Han and Chewie were inside the thermal oscillator building, who went up and who went down to set the charges?