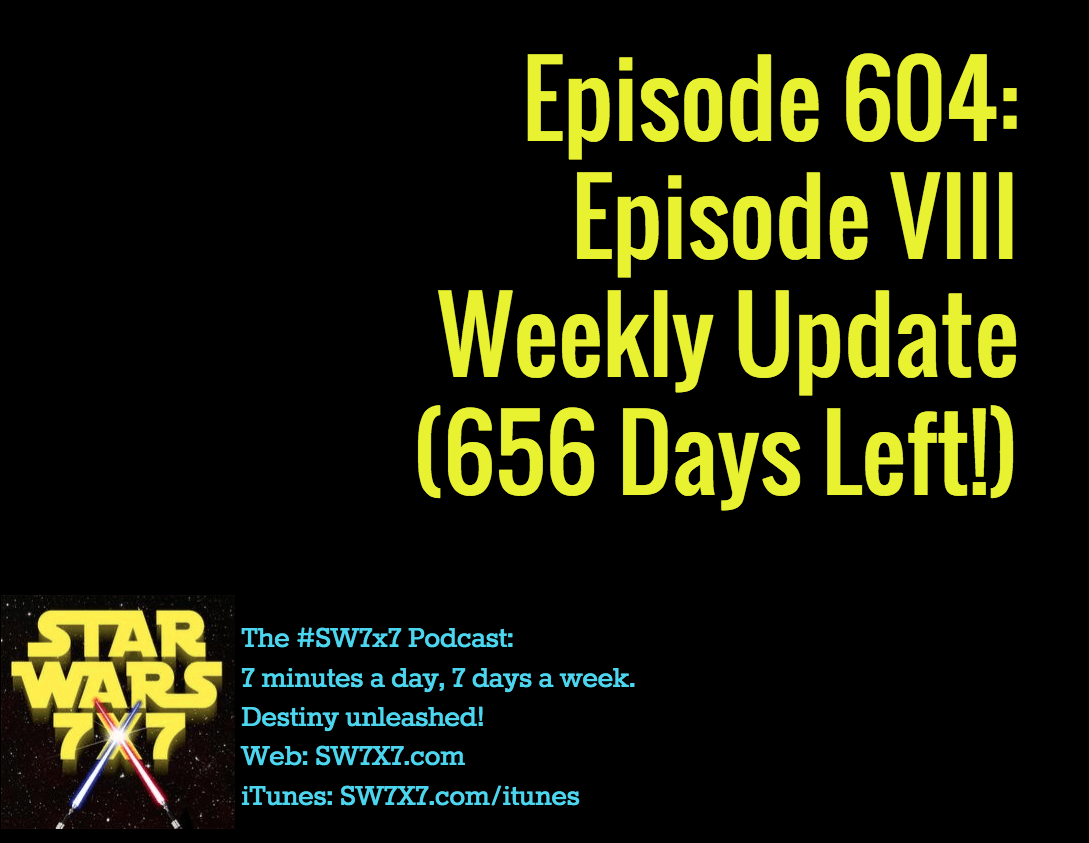 Missing the Rogue One update? That was in yesterday’s episode, in case you haven’t caught it yet. In the meantime, here’s what you need to know about Star Wars Episode VIII this week!

Today’s question: On what side of Rey’s speeder does she stash her scavenged parts?