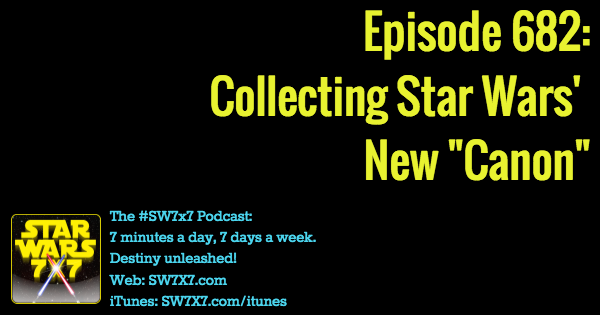 Ever since Episode #596, I’ve been thinking about the new Star Wars canon, and been on the lookout for resources about it.

Unfortunately, there wasn’t anything like the kind of resource I was hoping to find. So I pulled it together myself, in the hopes that it would also be useful to you, and inspire you to explore the Star Wars galaxy even further.

So today, I’m thrilled to announce the launch of “The New Star Wars Canon,” a resource here on Star Wars 7×7 for any Star Wars fan who wants to get a handle on everything of import that’s been released since the April 2014 reboot of the Star Wars canon universe.

You’ll find the movies, TV shows, novels, comics, and short stories all listed there, in chronological order beginning with Episode I: The Phantom Menace. A few things still need be classified – they’re listed at the bottom of that page.

You’ll also find resources about the nature of “canon” as it exists in the minds and databases of Leland Chee and Pablo Hidalgo, two of the luminaries in the Lucasfilm Story Group and keepers of reference material on all things Star Wars. And a bit of personal reflection on canon from yours truly.

If you dig The New Star Wars Canon guide, please share it with friends and other fans of Star Wars! If there are any changes that need to be made, let me know in the comments, and I’ll happily update it. 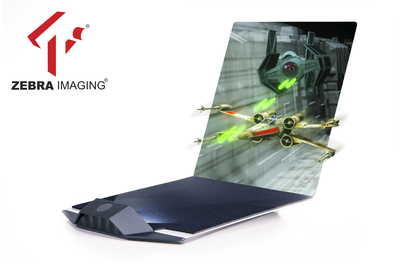 One more thing: Let’s hear it for the sponsor of today’s episode, Zebra Imaging and their Star Wars 3D Holograms! The image you see here, of the Death Star trench run in the final climactic moments of Star Wars (aka A New Hope), doesn’t do the hologram justice, in all honesty. What 2D image could? The image jumps out about six inches in reality, thanks to the incredible amount of digital information stored in the hologram. And you can walk around it and peer in, almost like you have the moment frozen in time, to study from any angle you choose.

Fully licensed by Lucasfilm for its authenticity and accuracy, it’s also a collectible you can’t miss. Get all four of the Star Wars holograms from Zebra Imaging, and yes, the Force will be with you – always.

Today’s question: Who revealed the nature of Han and Kylo Ren’s familial relationship in The Force Awakens?