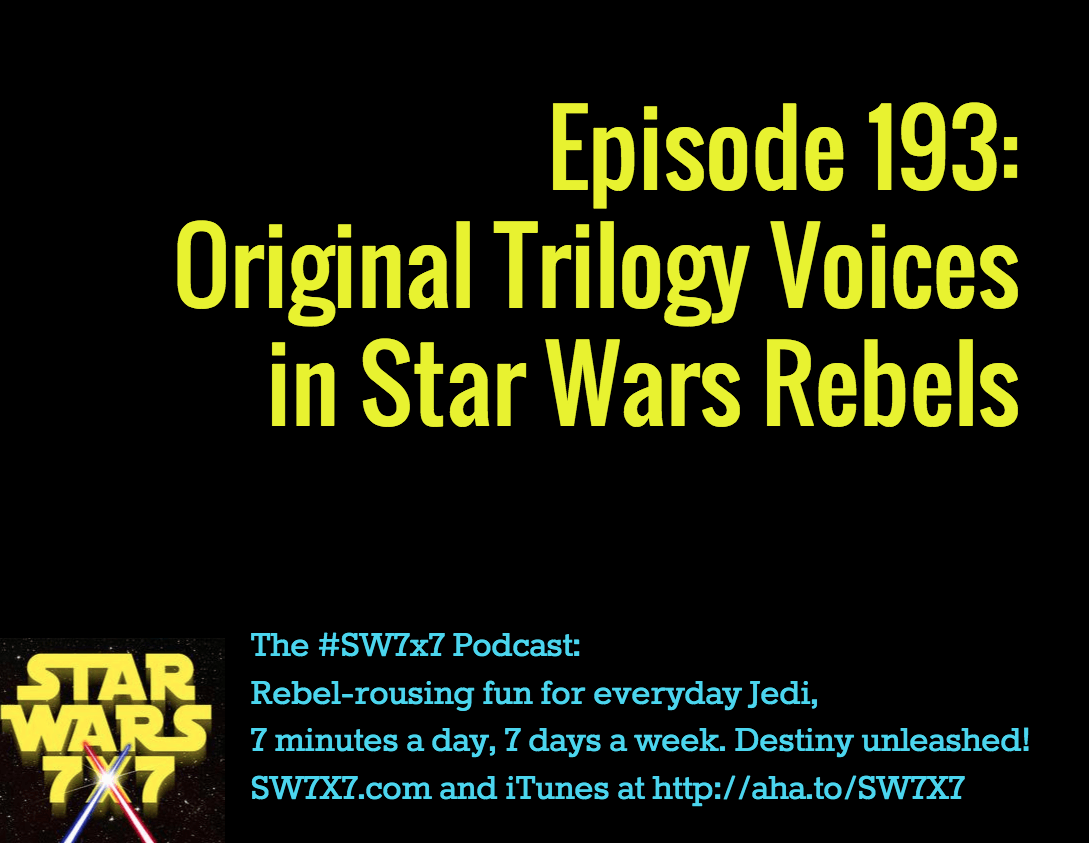 First James Earl Jones in a revised inaugural episode, then Anthony Daniels, and then Frank Oz! Now, Billy Dee Williams joins the fun as the fourth Original Trilogy cast member to do the voice of his signature character on Star Wars Rebels. And this is just in the first half-season!

The Clone Wars has some voices from the movies, but what was more interesting was the fact that they had “audio doubles” – people who were deemed to sound exactly like the original actors! Possibly the best know of them for The Clone Wars is James Arnold Taylor, who is the audio double for Ewan McGregor as Obi-Wan Kenobi.

Today’s question: What type of craft has hexagonal-shaped solar panels?