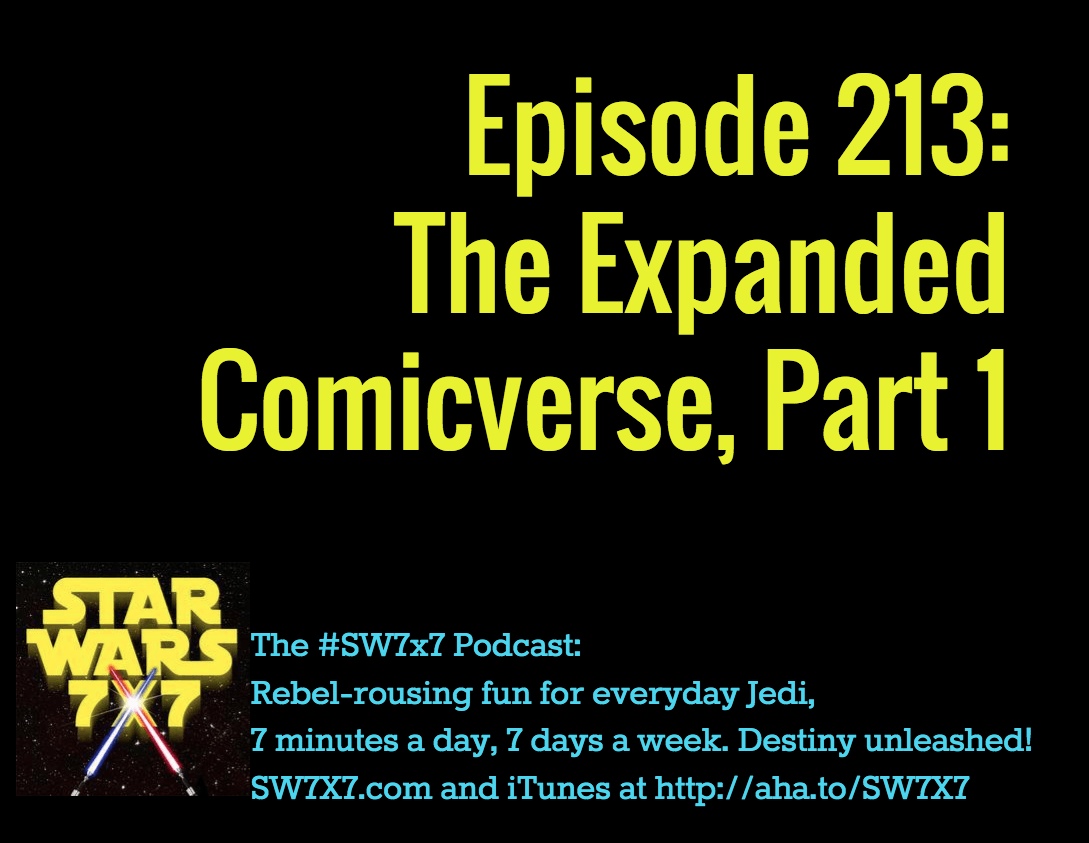 I’m pleased to announce that Tim McMahon from The Expanded Fandomverse Podcast has decided to start a spinoff show, The Expanded Comicverse – and he’s asked me to join him on the show! He recorded our first episode on Saturday the 31st, where we go deeeeeep into analyzing the new Star Wars #1 from Marvel.

You can listen to the whole Episode at the link above, or find it in The Expanded Fandomverse feed on iTunes and Stitcher. (A great show in its own right!) This week, we’ll be bringing you highlights from the Star Wars comics show during our “Force Feature” segment!

Today’s question: What Rebel weapon disabled an Imperial Star Destroyer during the Battle of Hoth?