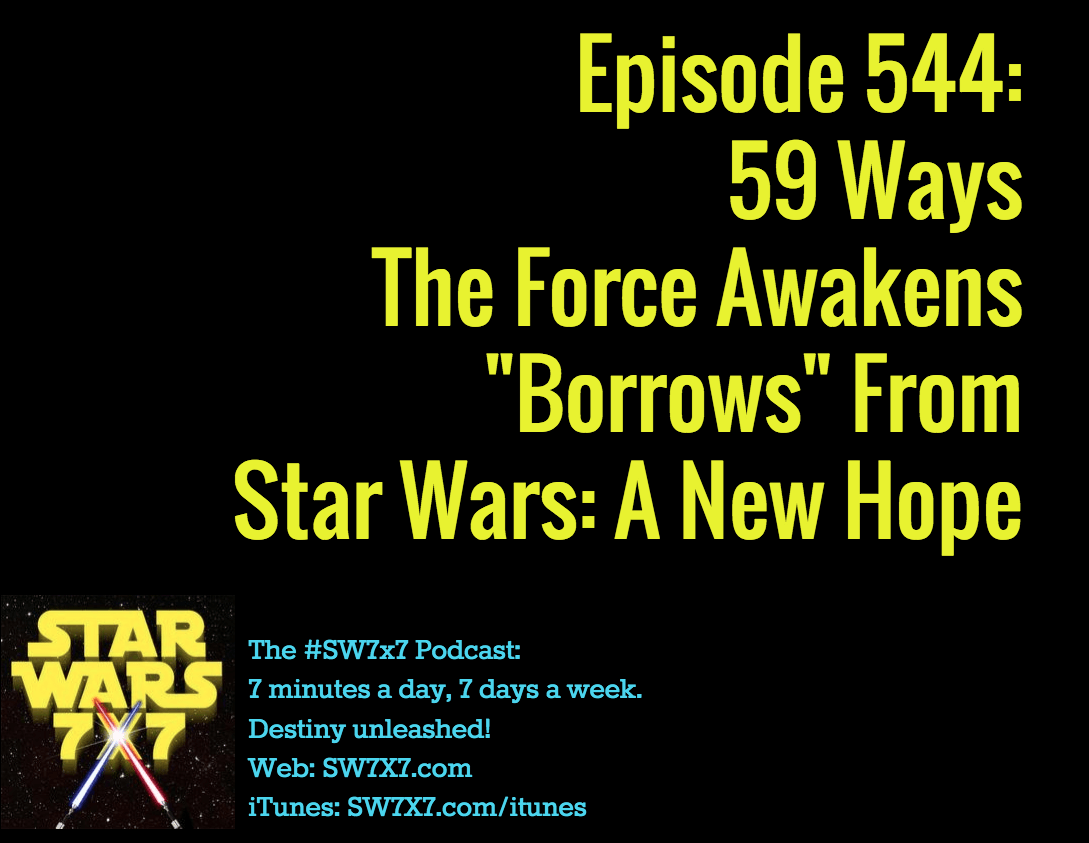 So you may have noticed some similarities between The Force Awakens and Star Wars: A New Hope. You may have seen a couple articles detailing some of them, too.

I think we have the definitive list here. 59 (59!) ways The Force Awakens “borrows” from Star Wars: A New Hope. We’re not counting things like “has an opening scroll,” because they all have that. Here we go!

2. Action starts on a desert planet.

4. Secret file hidden in a droid.

14. Bad Force user lets troopers go to get the file.

17. Droid is selective about with whom he shares info.

18. Droid is very loyal, and even emotional.

22. Hero left in custody of person(s) other than parents at young age.

24. TIEs have to be shot with Falcon turrets to effect an escape.

25. Two TIEs shot from the belly turret on the Falcon.

26. Good guys hide under the deck of the Falcon.

28. Bad military guy speechifying before blowing up a planet.

30. Good guy inadvertently reveals location of base to bad guys.

31. Good guys operating from a secret base.

32. Countdown to destruction of the secret base.

33. Leia/C-3PO monitor mission to prevent bad guys from blowing up secret base planet.

40. Falcon gets onto planet killing weapon.

45. TIEs come out to defend against the attack on the giant planet killing weapon.

46. Most X-wings shot down, outlook for success looks grim.

47. Something must be sabotaged in the giant planet killing weapon for the heroes to survive.

48. The giant planet killing weapon is ready to fire when it’s destroyed.

51. Older mentor is killed by bad guy with lightsaber.

53. Good guys shoot the heck out of stormtroopers in response.

Got any we missed? Share them in the comments!

Today’s question: How many X-wings survive the attack on Starkiller Base?