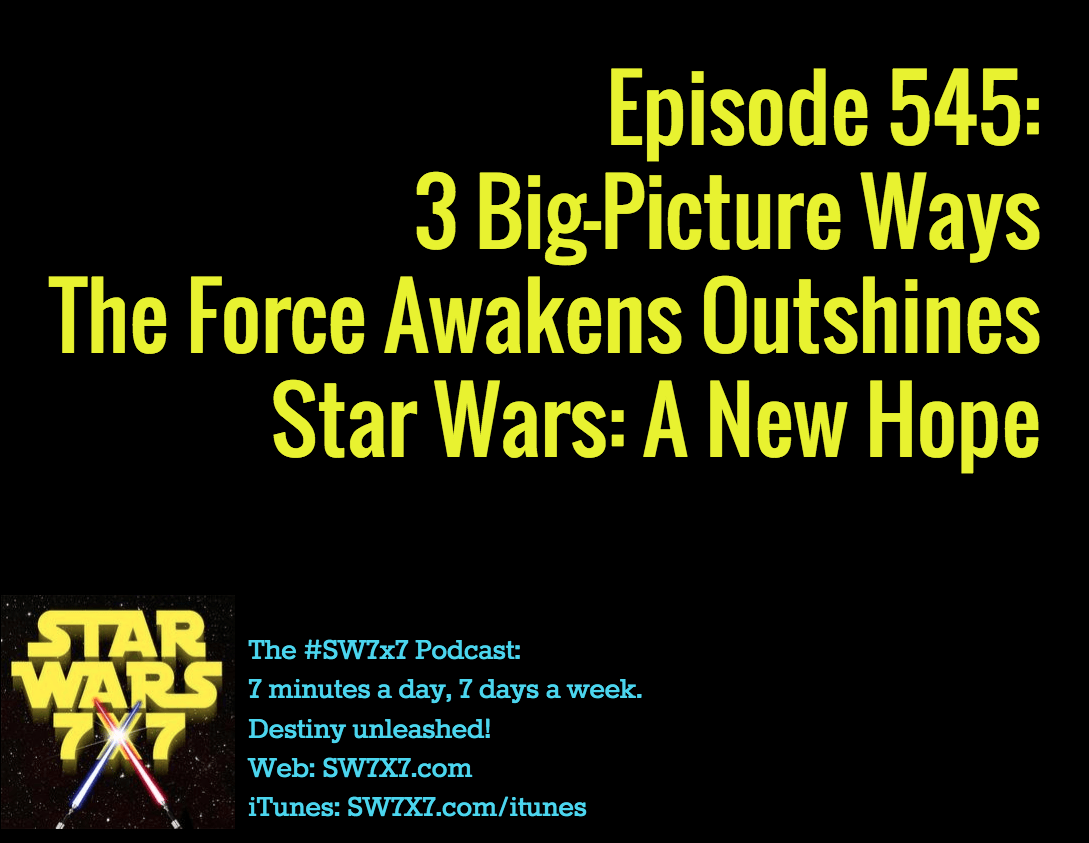 1. The physicality of its main villain is better. Sure, Darth Vader is stern and scary, and one of the most iconic screen villains of all time. But he was also middle aged in A New Hope, and he wasn’t physically dynamic. (Limited somewhat by the costuming too, to be sure.)

Meanwhile, Kylo Ren in his mid-to-late twenties is so much more physical, unstable, and vicious. As heretical as it may be to say it, I think he was an upgrade by comparison with the Vader of A New Hope.

2. The younger actors get to do more in The Force Awakens. Luke chases down a droid, hatches a rescue mission plan, and blows up the Death Star. Not insignificant, but not a lot by volume, either. Meanwhile, Rey rescues BB-8; pounds down two beings trying to kidnap it; rescues Finn; flies the Falcon through the Graveyard of Giants and off-world; fixes the Falcon a couple of times; accidentally releases Rathtars that end up helping her, Han, Chewie, Finn, and BB-8 escape Kanjiklub and the Guavian Death Gang; saves Finn from a Rathtar; battles Kylo Ren twice, beating him soundly once; repels a mind-reading by Kylo Ren and turns it back around on him; and becomes the new pilot of the Falcon after Han dies. And that’s not even everything she does!

How about you? What are some of your big-picture reasons why TFA improves upon ANH? Have your say in the comments!

Today’s question: What’s the name of the outpost where Rey exchanges scavenged parts for rations?