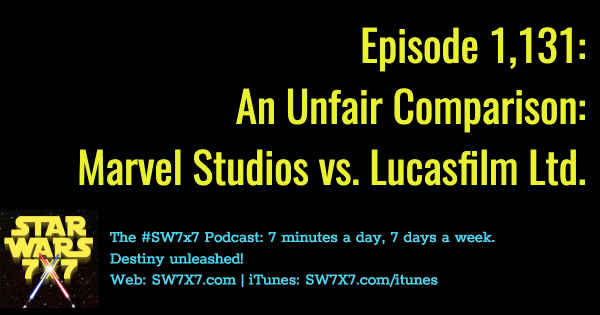 Maybe it’s not fair to make this comparison, but it’s hard to resist.

Since Marvel and Lucasfilm are both owned by Disney, and since Lucasfilm was actually sold to Disney for more money than Marvel was, it’s not out of the ordinary to consider the track records of the two during the last few years. Which is exactly what I’m doing in today’s podcast, because the fortunes of the movies produced by these two companies couldn’t be much more different from each other…

Yesterday’s answer: While flying in atmosphere

Today’s question: By what derogatory nickname does Jyn refer to K-2SO before she and Cassian go to Jedha City?