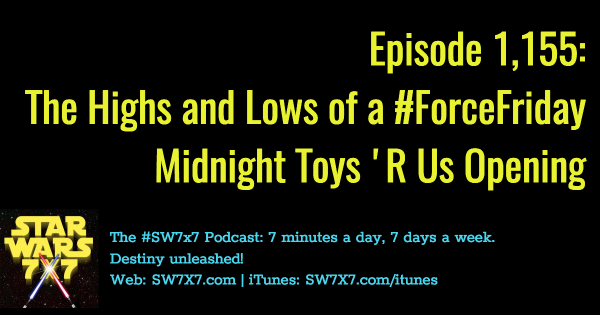 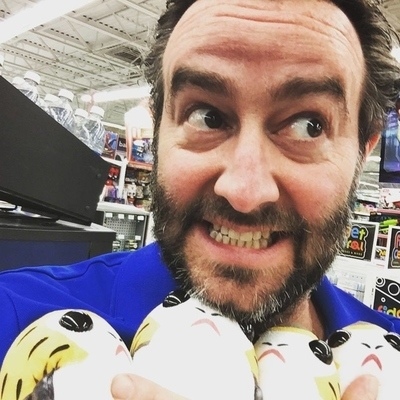 Sure, that’s a picture of me with four porgs. (Only one of them is for me.) Somehow, I managed to not say the word “porg” again in the podcast today.

What I do talk about, though, is the experience of being there at a Toys ‘R Us before midnight on #ForceFriday, the day that new Star Wars: The Last Jedi toys are going to release – which also means that we’re usually, USUALLY (though not so much this time) going to get new information about the characters, their relationships to each other, the vehicles, and maybe even some of the action or the plot.

Well, it was few and hard to come by this time around. The 3.75-inch figures did NOT have any packaging copy on them, unlike previous figure releases. The Black Series 6-inch figures did, as did the giant-sized figures, vehicles, and playsets. That’s the stuff I’ll be diving into over the next few days, since there’s some very intriguing stuff to ponder about them…