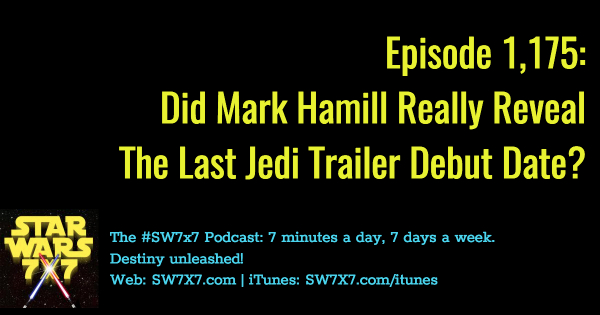 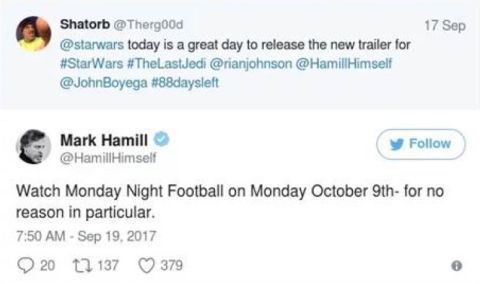 Did this tweet from Mark Hamill reveal anything about an upcoming Star Wars: The Last Jedi trailer?

That’s what folks are veritably freaking out about, but Hamill has since deleted the tweet, and is now claiming that he was just making jokes about the Bears/Vikings game coming up a couple of Sundays for now.

What do you think? Could it have been legitimate? Share your thoughts in the comments!